Pope Francis to Indigenous Community: “I am deeply sorry.” 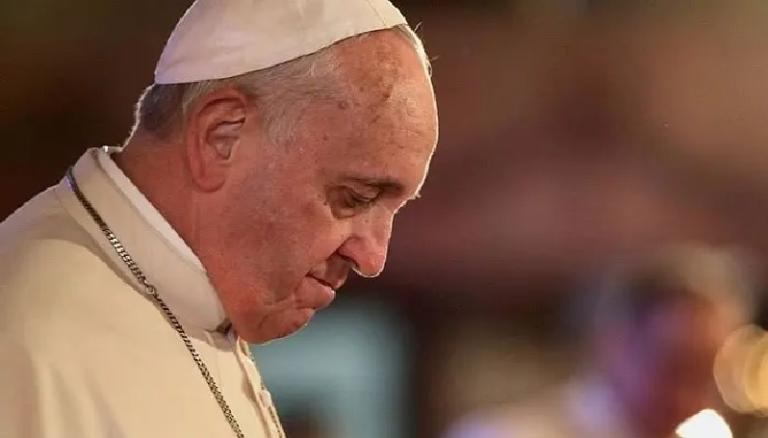 Pope Francis has been on a week-long tour in Canada since Monday, apologizing for the Catholic Church’s role in the “deplorable evil” of Canada’s residential schools. “I am deeply sorry,” the Pope said to a crowd of indigenous observers on Monday. More than 150,000 indigenous children were enrolled in Christian schools in Canada from the 19th century to as late as the 1970s. The schools were intended to Christianize the indigenous people with a majority led by the Catholic Church; however, Canada’s Truth and Reconciliation Commission (TRC) detailed certain abuses students experienced at the hands of school personnel. The Commission, which was begun after a series of allegations of sexual and physical abuse, completed its research in 2015. It detailed experiences of former students, such as being beaten with straps for speaking their native language and alleged sexual abuse from community leaders such as Phil Fontaine. The Pope’s tour was further spurred on by the discovery of 215 unmarked burial sites found by ground penetrating radar in May 2021.

The story of indigenous “cultural genocide” is mixed with unverifiable facts and painful emotions. For example, the assertion that children were “forced” into schools is hard to prove. The TRC even admitted in its commission that despite non-aboriginal children being required to attend some form of school in 1870, education for indigenous children in either a day school or residential school was not compulsory until later. The initial establishment of educational centers was also a part of the treaties established with the aboriginal communities, with the Kamloops Indian Band requesting in 1885 that schools be “established among them.”

Kamloops was the site of the recent unmarked graves that sparked the outrage. However, while many articles of the incident stated remains were found, as of May of this year, no actual exhumation has begun, and the evidence remains solely on radar images. Contrast that, however, to the pain of individuals like Phil Fontaine and George Muldoe, who recalled being asked to help bury bodies of fellow students in 1958. The TRC’s paper, “Where are the Bodies Buried,” admitted the difficulty in proving burial stories. It did corroborate Muldoe’s assertion that the children he helped bury had died of tuberculosis. The Commissions report found that communicable disease was the most likely culprit of deaths, as opposed to bombastic headlines that infer clandestine murders and coverups. At the time of the commission, the number of dead students from 140 years of 150 residential schools was 3,213. Currently, the official number is 4,100, which is more than likely an underestimate due to poor record keeping. With the difficulty in ascertaining complete facts and raging emotions, it remains to be seen what good can come from the Pope’s apologies. Despite millions of dollars being paid and pledged to the indigenous people, the Canadian government still insisted that the Pope’s apologies were not enough. Canadian Prime Minister Justin Trudeau said of the current situation, “It’s our responsibility to see our differences not as an obstacle but as an occasion to learn, to better understand one another and to move to action.”

‘Put on the Full Armor of God’: DeSantis Turns to Faith in Political Fight
archives most recent
More from Beliefnet and our partners
previous posts