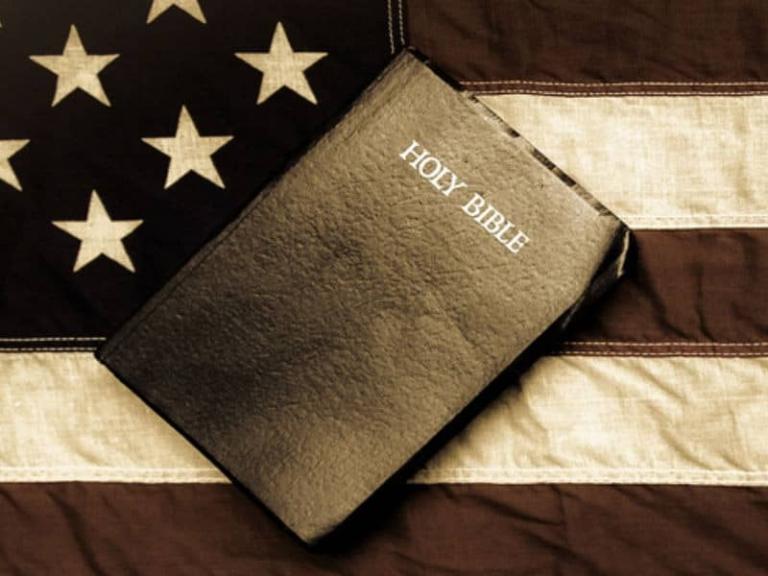 In recent years, we’ve been hearing a lot of talk about “post-Christian America,” and a new poll from Deseret News and The Marist Poll suggests we’re seeing it unfold in real-time.

As Kelsey Dallas wrote in her analysis of the survey data, “The younger you are, the less likely you are to believe in God, describe yourself as spiritual or regularly pray.”

Of Americans ages 18 to 29, only 21 percent report going to church at least weekly and just 27 percent say they pray daily. Even more concerning is this finding: Only 31 percent of young adults say they believe in God as described by the Bible.

These numbers do not herald thriving churches and other places of worship in future decades. In fact, they predict a future in which churches are as empty as offices during the pandemic.

To Rod Dreher, author of “The Benedict Option,” the decline of faith and religious practice among young people portend a cultural transformation for which American churches “are not remotely prepared.”

“We are facing now the widespread collapse of the Christian faith among the American people. If you want to see what America is going to look like in 10 or 20 years, go to Europe. Politics cannot save us from that fate,” Dreher wrote recently in response to questions from the Deseret News.

Dreher says that many Americans have tried to “vote our way out of this crisis,” but says, “Political work is not the main work of the church: evangelization and discipleship is. If we don’t evangelize and disciple successfully, then there won’t be enough of us to make a political difference in our democracy.”

Those numbers, however, reflect strong partisan differences. “Republicans (70 percent) are significantly more likely than Democrats (28 percent) and independents (45 percent) to believe someone’s politics should be influenced by their religion,” the Deseret/Marist report says.

Religious participation, however, has been in decline for decades across all demographics, although markedly less so for older Americans and Black Americans.

The new Deseret/Marist research found that 40 percent of Americans reported attending a religious service once or twice a month, a significant drop from a 2011 Marist poll that showed 52 percent attending a service at least once a month.

It’s possible that the pandemic has contributed to the decline in religious participation; the survey of 1,653 U.S. adults, which has a margin of error of 3.2 percentage points, was fielded in January 2022.

Even so, the historical trends are not good for churches in America, as the poll makes clear the drop-off in religious participation by age: 43 percent of Americans 60 or older said they attend religious services at least weekly, as did 27 percent of 45- to 49-year-olds, 25 percent of 30- to 44-year-olds and 21 percent of 18- to 29-year-olds.

This is a trend that accelerated in the mid-1990s. As my colleague, Kelsey Dallas noted, between 1995 and 2021, the share of Americans who identified as religious “nones” climbed 15 percentage points, from 6 percent to 21 percent, according to Gallup polls.

Dreher is not hopeful that a new Great Awakening will stop the decline; his primary message to American Christians is to “learn to live resiliently in a post-Christian world.”

But there are some glimmers of hope in Deseret-Marist poll, even with regard to young adults.

For starters, while only 31 percent of 18- to 29-year-olds believe in the God of the Bible, another 20 percent say they believe in God and another 24 percent profess to believe in a “higher power.” So, that’s fewer than a quarter who say they don’t believe in a God or higher power at all. And 57 percent of the youngest adults consider themselves to be spiritual.

So we’re not famously secular Europe just yet.

But it’s also possible that, as the joke goes, the light at the end of the tunnel is the oncoming train, and that we have yet to understand the ways in which our culture would suffer without the cohesion and support offered by communities of faith.

Many believe that we’re already seeing the effects in the troubling rise of so-called “deaths of despair” — deaths related to drug and alcohol abuse and suicide — as well as the widespread use of antidepressants and anti-anxiety drugs. Loneliness, too, has been called a public health problem.

The benefits of belonging to a faith community are so evident that even atheists have tried to start “churches,” with limited success.

The good news: We don’t have to start churches and other faith communities to reap their benefits. We only have to take advantage of the hundreds of thousands that already exist.

Convincing young people that belonging to a faith group is worth the investment of time is, perhaps, the greatest challenge that church leaders face. But in this, even ordinary Americans can help, if only by setting a good example and talking about what they get out of membership in a faith group.

According to the Deseret/Marist poll, nearly 8 in 10 Americans say that they look to their family as a source of moral guidance. While that is most true for Christians and those who practice a religion (83 percent and 86 percent, respectively), it’s also true for nearly three-quarters of those who don’t practice a religion.

So, the next time you go to a religious service, take a family member — especially if they’re between the ages of 18 and 29.

Why is Russia's Church Backing Putin's War?
archives most recent
More from Beliefnet and our partners
previous posts

Faith and Grace in Response to Brutality: Christians Respond to Tyre Nichols’s Death

A Mississippi school district has agreed to change a policy banning political or religious speech that led to a third-grade student being barred from wearing a face mask with the message “Jesus Loves Me.” During the coronavirus pandemic, the Simpson County School District prohibited elementary school student Lydia Booth from wearing the face mask because […]

Five students killed in a crash by a wrong-way driver while on their way home to Arkansas from a Bible college in Wyoming have been remembered by their community for their strong faith and commitment to evangelism. According to KATV, Sylvan Hills High School seniors Susana “Suzy” Prime and Ava Luplow, both 18, and three recent […]