How the Golden Rule Brings Americans Together 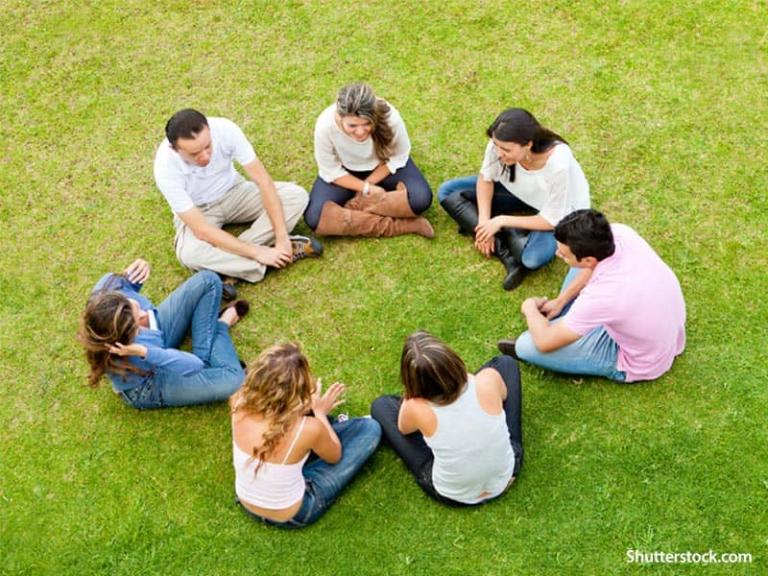 In a country rife with divisions, here’s one thing Americans agree on, whether young or old, Christian or secular, Democrat or Republican: the value of the golden rule.

A new survey from Deseret News and The Marist Poll showed that 92 percent of U.S. adults say the call to “do unto others as they would do unto you” is a “very necessary” or “necessary” part of their personal lives. Strong levels of support for the golden rule can be found in every major faith group, at every education level and in every generation.

However, the survey did identify some subtle distinctions between various demographic groups. For example, it showed that 18- to 29-year-olds are even more supportive of the golden rule than older adults. Fully 96 percent of this age group embraces the concept, which is found in almost every faith tradition, despite the fact that young people are notably less religious than older adults.

When asked a second question about following the golden rule in their professional lives, Americans again agreed that it was “very necessary” or “necessary.” Eighty-eight percent of U.S. adults said doing unto others as they would do unto you helps guide their careers, including 87 percent of those who do not practice a religion.

The Deseret-Marist “Faith in America” poll was fielded in January 2022 among 1,653 U.S. adults. The margin of error is 3.2 percentage points.

Taken together, responses to the two golden rule questions showed that Americans are much more likely to agree with this principle than to disagree about it. On both questions, Democrats and Republicans said the concept is necessary at almost identical rates, as did Christians and those who self-identified as nonreligious.

That the golden rule is so beloved across religious, geographic, political and age gaps likely points to a biological underpinning for persistent support. Altruism and cooperation confer a benefit upon both individuals and the human species, according to evolutionary biologist Robert Trivers.

“Natural selection will indeed favor doing unto others as they do unto you,” he said, adding that though reciprocal altruism comes at a cost, the rewards generally outweigh the expense. Trivers cautioned that some will pay lip service to others’ desires and needs so that they can reap the benefits of appearing altruistic without paying the price.

However, the potential payoff for abiding by the golden rule and its enduring popularity does not mean it’s simple to follow. There’s complexity folded into doing it properly, said the Rev. Harry Gensler, a Jesuit priest and a retired philosophy professor who wrote a book titled “Ethics and The Golden Rule,” during a 2014 talk at Milwaukee’s Marquette University.

A self-described “golden rule junkie,” the Rev. Gensler explained that there are multiple steps involved in implementing the principle. Following the golden rule involves a conceptual leap of not just imagining what we wouldn’t want done to us but, more specifically, what the other person wouldn’t want done to them. In other words, implementing the golden rule involves considering that others have different needs, likes and dislikes than we do.

“The heart of the golden rule is switching places,” said the Rev. Gensler. “What you do to … someone else you imagine being done to yourself and you ask ‘Am I willing that, if I were in that situation, I would be treated that way?’”

The Rev. Gensler offered an African story of a monkey and fish as an example. The monkey, he said, “was a golden rule monkey” who always treated others as he wanted to be treated.

But he applied “this pretty foolishly,” said the Rev. Gensler. “One day a big storm came to his island … the monkey was afraid for its life.” Seeking refuge in a tree, he reached into the river and lifted a fish to safety, assuming it, like him, would also want to escape the water.

The fish died because the monkey, the Rev. Gensler explained, was following a literal interpretation of the golden rule. The principle, then, is best articulated as “Treat others only as you consent to being treated in the same situation,” he said.

Faith and Grace in Response to Brutality: Christians Respond to Tyre Nichols’s Death

A Mississippi school district has agreed to change a policy banning political or religious speech that led to a third-grade student being barred from wearing a face mask with the message “Jesus Loves Me.” During the coronavirus pandemic, the Simpson County School District prohibited elementary school student Lydia Booth from wearing the face mask because […]

Five students killed in a crash by a wrong-way driver while on their way home to Arkansas from a Bible college in Wyoming have been remembered by their community for their strong faith and commitment to evangelism. According to KATV, Sylvan Hills High School seniors Susana “Suzy” Prime and Ava Luplow, both 18, and three recent […]