A new study from Arizona Christian University shows that while most Americans who identify as Christians believe in God, more than half reject some biblical principles and teachings, including the Holy Spirit’s presence.

For most Christians, the Holy Spirit is the third divine person of the Trinity. Is it also recognized as God’s power in action.

This finding was featured by the Cultural Research Center of Arizona Christian University in the American Worldview Inventory survey. This survey included a representative sample of 2,000 adults.

The study found that majorities don’t believe in moral absolutes. Most also believed that having faith held more significant value than which faith you pursued, the Christian Post reports.

“Too often, it seems, people who are simply religious, or regular churchgoers, or perhaps people who want a certain reputation or image embrace the label ‘Christian,’ regardless of their spiritual life and intentions,” George Barna, the lead researcher at the Cultural Research Center said in a statement.

“‘Christian’ has become somewhat of a generic term rather than a name that reflects a deep commitment to passionately pursuing and being like Jesus Christ,” Barna said.

The data found that some groups of Christians like self-identified evangelicals and born-again Christians, have views most closely associated with a biblical worldview. There were similar beliefs among the two groups.

“From a sociological standpoint, self-identified born-again Christians are the siblings of self-identified evangelicals. There is tremendous overlap between the two niches: in fact, roughly seven out of 10 consider themselves to be part of both segments,” according to the study.

About 62 percent of people who identify themselves as born-again Christians believe that the Holy Spirit isn’t real or a living being but a symbol of God’s power, purity and presence. Some believe that if a person does enough good in this life, they can earn their way to heaven. Each of these views challenge a biblical worldview.

“As the groundbreaking American Worldview Inventory surveys have demonstrated, just 6% of U.S. adults possess a biblical worldview. Labeled ‘Integrated Disciples’ for their demonstrated ability to assimilate their beliefs into their lifestyle, this group consistently — albeit imperfectly — comes closest to reflecting biblical principles into their opinions, beliefs, behaviors, and preferences,” Barna said. 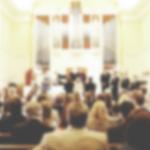 Faith and Politics: How Churches Became the Center of the California Recall Campaign
archives most recent
More from Beliefnet and our partners
previous posts