Many people have seen the devastating events that recently occurred in Afghanistan. After the US troops started their evacuation process out of the country, the Taliban rapidly seized control of the region violently. Viewers around the world watched in shock as those seeking refuge gripped onto the outside of a departing airplane, several plummeting to their death. This occurrence was one of the many tragic attempts of civilians to flee the danger of the recent Taliban overruling.

With so much uncertainty and chaos in the world, we need God now more than ever. In addition, we need to do all we can to help those in crisis.

Here are three ways you can help those in need.

1. Pray for Women and Children in Afghanistan

Over the recent years, women were able to grow up in the absence of the Taliban enforcing the gender restrictions under Sharia law. Unfortunately, that time of progression and prosperity has come to a close. With the Taliban’s return, women of all ages now fear for their rights and lives.

The all-male group has a history of persecuting women who go against their regime. In 2012, their fighters attempted to murder 15-year-old Malala Yousafzai for simply attending school. Yousafzai has since become a well-known women’s rights activist and has spoken out recently about the recent events in a New York Times interview.

“Afghan girls and young women are once again where I have been — in despair over the thought that they might never be allowed to see a classroom or hold a book again.” The human rights advocate reported.

The Taliban made claims that Afghan women will “be happy to be living within our framework of Sharia,” but many have voiced their disagreement with that statement. When the Taliban last had command over the country, women everywhere were prohibited from attending school, going anywhere without a man accompanying them, and having a job apart from housework.

Keep the Afghan women and children in your prayers. Pray that God will keep them from persecution, repression, and abuse. May they hold onto hope for a brighter future and find comfort in the Lord.

2. Pray for Christians in Afghanistan

Many Afghan Christians and foreign missionary groups are there to spread the Word of God. They are the top targets for the Taliban solely because of their religious beliefs. Throughout history, Christians have been forced to choose between converting to the other faith or facing awful consequences. Many Christians have not had the opportunity to flee the region for their safety, so they are left with the concern of a harmful run-in with the Taliban.

As explained by Joshua Youssef, president of “Help the Persecuted,” Christians could face three tentative results from an encounter with the terror group. The first option is they could remain Christian but face a monetary fine as explained under Islamic ruling. The second result could be conversion away from the Christian faith to theirs. Some Afghan Christians priorly converted from their Muslim faith but could be convinced to turn back out of fear. The third and worst outcome that could occur is a violent and possibly deadly attack. Joseph Youssef stated, “that’s the concern that a lot of people have, that there will be violence.”

It was reported in “WORLD” magazine that an Afghan Christian even received a written message from the Taliban that read, “We know where you are, and we know what you’re doing.”

God has always been a refuge for His people in times of trouble. There are many times in the Bible where God’s people were being persecuted. For instance, in the book of Esther, when the Jews were being terrorized and threatened by Haman. The enemy wanted to pass a ruling that would kill all the Jews and anyone else who wouldn’t submit to the King’s regime, but God protected them. As shown through Esther’s courage and faith in God, she petitioned for the Jews to be pardoned and succeeded through God’s favor. The ruling was not passed, Haman faced a morbid demise, and God’s children were kept safe.

It is hard to fathom what followers of Christ in Afghanistan must be feeling right now. We must pray that God’s children remain covered and safe from any harm. We also pray that God sustains their physical, emotional, and practical needs.

3. Pray for the Present and Future of Afghanistan

John 16:23 states, “I assure you that whatever you ask the Father He will give you in my name.”

You can come before the Lord and ask that the Taliban stop their violent movement and that their harmful plots be ceased. The Lord also tells us in Matthew 5:43, “pray for those who persecute you.” Jesus forewarns us many times that we will face trouble and persecution in this world just as He did. However, we are to remain confident in Him because He has already overcome the world. The Apostle Paul, once known as Saul, was infamous for killing Christians. God completely changed his heart and, by proxy, his spiritual identity. God showed us time and time again that He is in control. He can change any person, group, or outcome of a situation in an instant at His command. God transformed the heart of one of the evilest persecutors of that time; He can transform the hearts of the Taliban members.

We must also pray that God gives the world leaders wisdom, discernment, and compassion for solutions to this crisis. They should have servant hearts that want to help refugees in need of asylum in these terrifying times. So many innocent people remain in Afghanistan with no way out. The country leaders have the power to make a substantial difference if they make the right choices on how to supply the proper aid and help them arrive at safe destinations. Pray that God will restore balance and organization over the identification verification process as many seek shelter by coming to America.

We are all God’s children. No one should be experiencing the immense pain and loss that the Afghan citizens are experiencing from the collapse of their government. We must pray that God will restore their country’s system according to His perfect will.

In these unprecedented times, we must cling to the hope that God fulfills His promises and protects His children. Even if there’s not much you can physically do at the moment; you can always help those in need by praying to our Lord and Savior Jesus Christ. 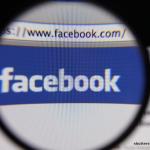