Evangelical leader Franklin Graham is expressing his support for COVID-19 vaccines. In a bold statement, the son of the late Rev. Billy Graham said Jesus would have “made reference to and used” vaccines if they were in his time.

In a recent interview with ABC News, which examined the divide within the Christian community around vaccines, Graham endorsed vaccines. He shared that he has been given the vaccine and believes pastors should encourage their congregations to do so.

“I hope that the pastors in the pulpit would tell people how they can be saved from God’s judgment, and that’s through faith in Jesus Christ,” Graham said. “I think for a pastor to tell someone not to take the vaccine is problematic because what would happen if that person died [from the Coronavirus] then is a pastor responsible?… I mean, I would feel responsible.”

Graham, who is the president of Samaritan’s Purse and the Billy Graham Evangelistic Association, used his father as an example, sharing that he believed in modern medicine. Graham, who was born at the height of the 1918 flue pandemic, lost some family members to it.

“Anytime there was a vaccine or something that could help protect you, he was an advocate for, he took it.” Graham said. “I think if there were vaccines available in the time of Christ, Jesus would have made reference to them and used them.”

Graham also expressed that vaccines are proof of God’s love.

“I thank God for the doctors and the researchers that have put this time and effort and money to develop these vaccines, and I hope that the American people will use them,” Graham said.

Graham, who was recognized for his support of President Trump during his time in office, and his efforts to fast-track a vaccine, warned against any vaccines that used aborted fetal cells.

A few other evangelical leaders and faith leaders also came out in support of vaccinations to combat COVID-19, including pastors John Hagee and Greg Laurie.

You can watch the full interview on the role of church leaders in vaccination efforts can be watched here. 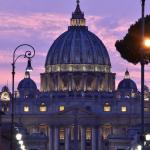 Will People Return to Church After the Pandemic?

As people return to in-person services following church closures during the pandemic, many struggling congregations wonder how many people will return? Some churches will not make it. According to a new article by the Associated Press, smaller congregations that struggled to adapt during the pandemic are going to struggle the most and may not recover. […]