Charlotte Pence Bond: “God Has a Plan” Regardless of Election Results

Millions across the nation voted in yesterday’s presidential election, and as of writing this, the vote is too close to call. Charlotte Pence Bond, daughter of the 48th Vice President Mike Pence, is encouraging American’s to remain calm because no matter what, God has a plan.

“I want to encourage you: if you’re nervous today — on election day — just remember that God has a plan for us,” she asserted. “Regardless of the results of elections, we respect the person who God has placed in authority.”

Bond said this to her listeners on her podcast “Doubting It”. She also shared a touching story of how her family’s faith in God led them to the white house.

Back in the 2000s, Mike Pence and his wife, Second Lady Karen Pence, took a hiking trip. At the time, Pence was debating if he wanted to run for congress again after two unsuccessful bids.

“My mom and my dad are standing on this cliff … and they look out over the cliff and they see these two hawks and they’re flying,” Bond explained. “But they’re not flapping their wings, they’re just kind of gliding together, and the wind is just kind of carrying them along.”

Four years later, Pence would become Vice President of the United States. From that moment on the cliff on, the family realized that they had to put all their trust in God to guide the direction of their lives.

Bond finished by saying that it is powerful to recognize the “ways that God is faithful.” She added, “he does have a plan.” 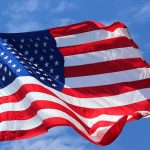 Whatever happens on Election Day, Wednesday morning always comes to America
archives most recent
More from Beliefnet and our partners
previous posts