President Trump Says Jesus Christ is More Famous Than Him

President Trump knows he’s incredibly well-known across the world, but that doesn’t make him the most famous person. Instead, Trump says that credit belongs to Jesus Christ.

During a campaign event in Greenville, North Carolina, Trump brought up the topic of fame and where he ranks. He claimed that others have said to him many times that he is the most famous “by far”.

“I said no I’m not, no I’m not…He asked who was more famous and I said Jesus Christ.”

The crowd cheered endlessly after Trump’s comment, while Trump stood and smiled humbly.

“I’m not taking any chances and I’m not having any arguments…Let me look up and say it’s not even close,” Trump concluded.

The addition of “I’m not taking any chances” sounds reminiscent of John Lennon saying that the Beatles were “more popular than Jesus” back in 1966. It was intended to be a joke about how dedicated their fan base was, but religious groups were angered over it.

Trump has claimed he is a devout Christian for years and said his favorite book is the Bible. 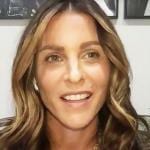