Mike Pence: Americans Deserve 4 More Years of a President Who Keeps His Promises

Editor’s note: The Deseret News has invited both vice presidential candidates, Sen. Kamala Harris and Vice President Mike Pence, to speak directly to Utahns and the nation in this forum. To read exclusive commentary by Sen. Harris, click here.

As I arrive in the great state of Utah to debate Joe Biden’s running mate, Sen. Kamala Harris, I cannot help but think about how far America has come over the past four years. When Donald J. Trump first announced his candidacy, a movement was born — one that empowered everyday Americans from all walks of life. Millions of forgotten men and women across the nation rallied behind President Trump because they believed America could be strong and prosperous again, as he did. They trusted President Trump to deliver on his promises, unlike Joe Biden and the many failed politicians before him.

While the Biden-Harris ticket has little to show for their combined years in Washington, President Trump’s record of success over the past three years speaks for itself. Americans see the president working tirelessly to restore America to greatness, and his “Promises Made, Promises Kept” message is why voters will deliver for him again in November.

President Trump rebuilt our military while Joe Biden left our servicemen and women behind.

This administration inherited a military hollowed out by devastating budget cuts, and terrorism was on the rise around the world. Iran was resurgent in the Middle East, ISIS controlled a landmass larger than Pennsylvania and veterans were dying on waiting lists at the VA. All of that changed under President Trump.

President Trump signed the largest increases in national defense funding since the Reagan administration to give service members resources they need, and he also launched initiatives reforming the Department of Veterans Affairs to ensure veterans can successfully adjust to civilian life. Joe Biden spent the past 47 years in Washington supporting never-ending wars, cutting funding for our troops and allowing our veterans to go without the quality health care they deserve.

In stark contrast, President Trump has been a consistent champion of America’s heroes from every state. Utahns cherish the freedoms granted by the U.S. Constitution, and Utah has always heeded the nation’s call to action going back to the Mormon Battalion, which served during the Mexican-American War. This incredible resilience and dedication is why President Trump and I will always look after our military and veterans the way Utah has always sought to protect America.

President Trump built the greatest economy in the world before it was artificially interrupted, and he’s already doing it again. Under his leadership, small businesses thrived, workers experienced record-low unemployment and millions of jobs have been added back to the economy. States are feeling this economic growth, including Utah, whose recent economy earned them the title of “Silicon Slopes.”
Where Joe Biden plans to raise taxes by trillions of dollars, President Donald Trump cut taxes for small businesses and working families. We unleashed American energy and fought for free and fair trade by pushing back on unfair trade deals to hold China and other nations accountable. In just three short years, businesses large and small created more than 7 million good-paying jobs, and President Trump will continue restoring the economy to historic heights and fighting to put America first. Joe Biden is simply more of the same failed status quo that Americans suffered under for decades, and we deserve better.

President Trump continues to defend communities of faith while Joe Biden threatens our most cherished values and liberties.

Our administration has confirmed more than 200 conservative judges to our federal courts and is on track to approving 300 men and women who will uphold the God-given liberties enshrined in our Constitution. President Trump also put two solid, conservative judges on the Supreme Court, and his newest nominee, Amy Coney Barrett, is yet another qualified individual and a member of the Catholic faith community who will help shape our judicial system for years to come. While Kamala Harris has previously questioned whether being a part of the Knights of Columbus, a well-known Catholic organization, should disqualify a person from serving as a federal judge, President Trump and I support Americans of faith serving on the federal bench.

From day one, this president stood strong for religious freedom, unlike Joe Biden who has repeatedly advocated for policies that undermine Americans’ ability to live out their faith daily. President Trump took steps to free up the pulpits of America and protect faithful Americans from assault by the radical left. President Trump is also the most pro-life president in history and has stood without apology for the sanctity of human life, defending those who could not defend themselves. While Joe Biden and Kamala Harris want to mandate taxpayer-funded abortions, President Trump will always fight to protect every human life at home and abroad. As a Christian, I am proud to serve alongside President Trump as we continue fighting to preserve our fundamental values and defend communities of faith.

President Trump has stood for the rule of law while Joe Biden has succumbed to the radical left-wing mob.

President Donald Trump and I have stood without apology for the men and women who serve in law enforcement. President Trump is the law and order president, restoring peace in our communities and supporting the brave police officers who put their lives on the line every day to keep us safe. Meanwhile, when Joe Biden was asked if he’d support cutting funding for law enforcement, he replied, “Yes, absolutely,” and Kamala Harris said again, just last week, that it was time to “reimagine law enforcement.”

Biden and Harris also stayed silent for months while their supporters wreaked havoc in our streets, rioting and destroying our communities. But there is no place for rioting and looting in America; President Donald Trump has not and will never give in to the radical left-wing mob. We’re going to back the blue, and we’re not going to defund the police — not now, not ever. We will continue to fight for a safe and free America.

Over the past four years, our nation has been through a time of true testing. Now, we’re approaching a time for choosing, and the choice in this election has never been clearer. We must vote to protect the very foundation of the United States of America.

I promise you this: President Donald Trump and I will stop at nothing to continue delivering on our promises, and we will keep fighting together to Make America Great Again.

Mike Pence is the Republican nominee for vice president. The Deseret News has invited both vice presidential candidates, Sen. Kamala Harris and Vice President Mike Pence, to speak directly to Utahns and the nation in this forum. 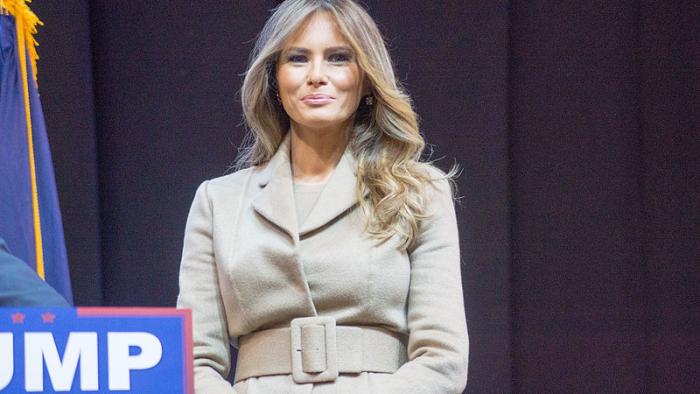 Melania Trump: ‘I Pray for Everyone Grappling With COVID-19’
archives most recent
More from Beliefnet and our partners
previous posts