For more than 60 days, Black Lives Matter demonstrators, including a “Wall of Moms” and a “Wall of Vets,” have drawn national attention for clashing with federal agents in the city.

Friday night’s demonstrations were mostly peaceful, which seemed to be a break from weeks of violent demonstrations. Federal agents made a recent deal to allow local authorities to handle the protests.

Yet, just after midnight, some marchers were caught on camera using the flag and the Bible to begin bonfires outside the federal courthouse. This location has been a central point of rioting following the death of George Floyd, according to KOIN, a CBS affiliate.

“Left-wing activists bring a stack of Bibles to burn in front of the federal courthouse in Portland,” Ian Miles Cheong claimed on Twitter Saturday.

“Now we move to the book burning phase,” Donald Trump Jr. said in a tweet Saturday. “I’m pretty sure ANTIFA doesn’t actually stand for what they say it stands for. Maybe just remove the anti part of [their] name, and it’s perfect.”

Moms United for Black Lives Matter, later put out the fire, stomping the embers and dousing the flames with bottles of water. 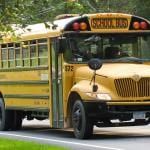 As Schools Close, Churches Open Up as Remote Learning Hubs For Students
archives most recent
More from Beliefnet and our partners
previous posts

Last week during an episode of “The 700 Club”, Pat Robertson shared his thoughts on the Black Lives Matter movement, believing that they are out to destroy Christianity. During the show Robertson said, “They’re talking about destroying the nuclear family. They’re talking about destroying essentially Christianity as being racist. And all the way through, they […]

Jim Bakker: Joe Biden’s Supporters Are ‘Voting for Their Faith, and Their Faith is Satan Worship’

Televangelist Jim Bakker is known for his controversial statements, and this is no exception. Bakker told viewers of his show last month that there would be a revolution if Donald Trump wasn’t re-elected. Now, Bakker is saying that Democrats who cast their vote for Joe Biden are voting because of their faith: Satanism. “… A […]