In a pair of speeches made over Independence Day weekend, the president pledged to defend America’s history and ideals and warned against those who seek to wipe out the “very blessing our ancestors fought so hard for.”

“Our nation is witnessing a merciless campaign to wipe out our history, defame our heroes, erase our values, and indoctrinate our children,” Trump said during his remarks at Mount Rushmore.

Our children should be taught to love their country, honor their history, and respect our great American flag, the president said.

“We stand tall, we stand proud, and we only kneel to Almighty God,” Trump said.

“Angry mobs are trying to tear down statues of our Founders, deface our most sacred memorials, and unleash a wave of violent crime in our cities,” Trump said. “Many of these people have no idea why they are doing this, but some know exactly what they are doing. They think the American people are weak and soft and submissive. But no – the American people are strong and proud, and they will not allow our country, and all of its values, history, and culture, to be taken from them.”

He said that the left-wing campaign “threatens every blessing our ancestors fought so hard for, struggled [and] bled to secure.”

Trump also took the opportunity to call out “cancel culture,” which he accused of “driving people from their jobs, shaming dissenters, and demanding total submission from anyone who disagrees.”

“This is the very definition of totalitarianism, and it is completely alien to our culture and our values, and it has absolutely no place in the United States of America,” he said. “This attack on our liberty … must be stopped, and it will be stopped very quickly.”

Instead of removing these statues, Trump said that we should learn from the heroes of history.

“Our past is not a burden to be cast away, it is … a miraculous foundation that will lift us to the next great summit of human endeavor,” Trump said. “The incredible story of American progress is the story of each generation picking up where the last finished – linked by time, by fate, and the eternal bonds of our national affection.

“Those who would sever those bonds would cut us off from the wisdom, the courage, the love, and the devotion that gave us everything we are today and everything we strive for tomorrow,” Trump said. “We cannot let that happen. We will not throw away our heroes. We will honor them, and we will prove worthy of their sacrifice. These are great heroes.” 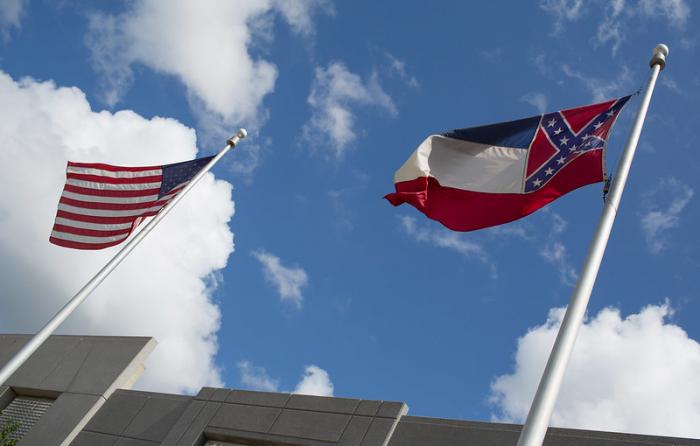 Mississippi Flag: Some Question Replacing Confederate Symbol With ‘In God We Trust’
archives most recent
More from Beliefnet and our partners
previous posts