Dan Cathy, conservative billionaire and CEO of Chick-fil-A,  called on white Christians to take advantage of the “special moment” in American history now, urging them to repent of racism and fight for their black brothers in sisters, the Christian Post reports.

His statement comes in the wake of ongoing protests over the police killings of Rayshard Brooks, George Floyd, and other black Americans.

“I think we have to recognize we are in a very special moment right now that the answer is not just for this to go off the radar screen, go back to talking about COVID-19, to talk about world peace, the environment, … politics is going to be coming up here this fall. I believe if we miss this moment we would have failed in our generation,” Cathy said during a conversation about race in America at Passion City Church in Atlanta.

Pastor Louie Giglio and rapper Lecrae Moore were also included in this conversation. Cathy asked the rapper to share his personal experience with racial injustice.

“I don’t need the media to tell me that this is a problem because it’s a reality that I live,” Lecrae shared.

“The first time a gun was pulled on me by a police officer I was 13 years old. And I was unarmed. I was pushed on the ground. I had a knee in my back but this was just my reality. At 14 years old, because I was caught skipping school I was put on a gang list. I didn’t know what was going on. My mother had to go to the police station to explain to them, ‘just because he’s skipping school does not mean he’s out participating in gang activity,'” Lecrae said.

The Christian rapper also shared how recently while driving to perform at a concert, he was stopped police who tore his rental car apart.

“I was pulled over because I was in a rental car, I could assume there were all kinds of different reasons why but my car was strip searched and they tore all the seats out of my car and I told them I’m not doing anything wrong and they still didn’t believe me,” Lecrae said.

“The car was strip searched and they said ‘no dog’s alerted, there’s drugs here’ and they found nothing and then they left me to put all the seats back in the car and move on about my business,” he recounted.

Lecrae also opened up about being pulled over by police officers in Texas while he was driving across country. Officers were unable to give him compelling reason for these stops.

“It left me wondering what in the world is going on. Why is this? What’s going on here? So I said all that to say, most personal experiences, and I can name countless others of all my friends, all my black friends of course, inform our relationship with law enforcement and help shape the way we are perceiving everything that’s going on right now,” he said.

Cathy said he believes that white people have not asked enough about the black people, and as a result, their response has been one of indifference and apathy.

“It’s somebody else’s deal. This is about police shooting people, it’s much more than that,” Cathy said. “It’s about the grind of that kind of indignity and other expressions of it.”

The Chick-fil-A CEO expressed that he had many deep conversations with black staff members in recent weeks and learned from them about the “subtleties of these indignities or injustice expressed even in a corporate setting.

“Even in an environment like Chick-fil-A. That’s where, that’s what’s put so much edge about the situation.”

“We’re just adding to it. Our silence is so huge at this time. We cannot be silent. Somebody has to fight, and God has so blessed our city, but it’s shameful how we let things get so out of whack,” he said.

Given Chick-fil-A’s headquarters is in Atlanta, what’s going on hits close to home. Rayshard Brooks was shot dead by an Atlanta police officer at a Wendy’s parking lot just three weeks following the death of George Floyd.

Cathy shared that before white people jump in and start taking action in the fight against racial injustice, they must go through a “period of contrition.”

“I think before we start to jump into action, we need a period of contrition and a broken heart in the city of Atlanta and a sense of real identity. Not just criticize the people that are burning down that restaurant last night,” Cathy said.

“We got a heart for the Rayshard Brooks and the others … We’ve got to have a sense of empathy of what led to this. This is the tip of the iceberg of incredible amounts of frustration and pain that the whole spectrum of the African American community, that somewhere or another that can quickly illustrate Lecrae, just as you did, that most of us white people are just simply out of sight out of mind. We’re oblivious to it. We cannot let this moment pass,” he added.

Watch the whole discussion in the video below. 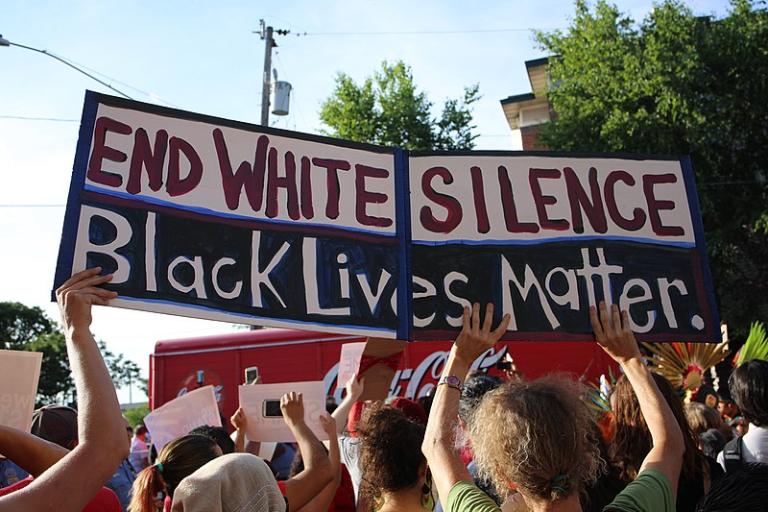 'Repentance is Not Enough': Christianity Today Calls For Churches to Pay Reparations to Black People
archives most recent
More from Beliefnet and our partners
previous posts