May’s “Super Flower Moon” is the Final Supermoon of 2020

Tonight’s supermoon will be the final supermoon of the year, rounding out a trio of spring supermoons that began in March. It will be visible through the morning of May 8th according to NASA. This supermoon comes on the heels of the biggest and brightest supermoon of the year in April, but it’s still more spectacular than a typical full moon.

Supermoons happen when the moon is with 90 percent perigee, which means when it’s the closest approach to Earth in orbit. This causes the moon to appear brighter and bigger in the sky when not obscured by clouds or other weather.

This moon is called the “Flower Moon”. Similar to previous supermoons, names are derived from Native American’s. They used these moons to track seasons.

Previous supermoons have caused panic within the Christian community. Many prominent pastors and theologians sited the moons as a sign of the end of times or dark days ahead. Rabbi Berger told BreakingIsrealNews that the super moon last month was a cause for alarm: “This injustice will be rectified in the end of days. In the end of days, the sun and the moon will be equally ‘great’.”

With the current COVID-19 crisis happening, the claims that these rare supermoons are an indicator of something more sinister is only getting stronger. None of the previous conspiracies have come true, though, so it’s important for Christians to enjoy the natural phenomenon for what it is.

Matthew 24:35-36 says: “Heaven and earth will pass away, but my words will never pass away. But concerning that day and hour no one knows, not even the angels of heaven, nor the Son, but the Father only.” This is further echoed in many other scriptures. Matthew 24:44 says “So you also must be ready, because the Son of Man will come at an hour when you do not expect Him,” and Acts 1:7 says “It is not up for you to know the times or dates the Father has set by His own authority.” 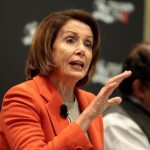 In an interview this week on “The Patriot and The Preacher”, Trump spiritual adviser Paula White said that she, along with other evangelicals who see Trump regularly, has encouraged him to not speak about his faith in Christ openly. The recommendation came when Trump first started running for president in 2015. The media tried to […]

‘I Hope It’s True’: Trump Responds to Claims He Was Chosen by God to Become President

In a recent interview with CBN, President Trump was asked if he believes God appointed him for the presidency, a claim that some evangelicals and political figures have made since the 2016 election. CBN News Political analyst David Brody covered several topics with the president, including his support of evangelicals and claims by some that […]