Millennials Increasingly Are Finding Spirituality in Astrology, Crystals Over Christianity 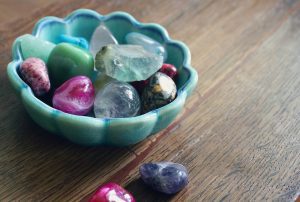 A majority of millennials, though generation Xers and generation Z play a part as well, have been leaving the traditional organized religions in favor of more spiritual practices. They are connecting with tarot cards, astrology, meditation, crystals and the like.

Many of them only dabble in the off-brand practices and don’t take it too seriously themselves. However they claim it makes them feel better than Christianity or other traditional religions would. Many were actually raised by their parents on traditional beliefs, but abandoned it as they became adults.

A Pew 2017 survey concluded that millenials increasingly identify as “nones” when asked about their religious affiliation. They either say atheist, agnostic, or “spiritual, but not religious”.

Scientists say that humans are inherently spiritual beings, though, which is why millenials still try to find comfort elsewhere. They aren’t finding community, guidance, or purpose and meaning in the same way their parents did. The church isn’t offering them what they need to feel fulfilled.

They would rather have the option to “pick and choose” their faith. For example, you can buy a few crystals and meditate with them or buy 100 crystals and deck your house out with “positive vibes”. You can completely throw yourself into something, or not.

Jim Burklo, a progressive Christian reverend who works with college students as the senior associate dean of the Office of Religious and Spiritual Life at USC, said, “This is a worldwide, but certainly American, trend toward heterodoxy — toward individuals cooking up their own spiritual or religious stew and cooking it up their way. You’re seeing an aggregation of disaffiliation, people coming up with their own meaning-making and their own personal spiritualities.”

Some believe, in part, that the internet is to blame. With more access to information, millenials are finding those smaller practices and bringing it into the mainstream. Astrology didn’t always have as much influence as it use to, for example. Instagram is one place millenials can showcase their dedication to the practice, and it’s causing a spike across the nation.

Churches have been looking for years for ways that they can bring millenials back through the buildings doors. But simple tactics like “being more authentic” and “build relationships” aren’t cutting it anymore. When it comes to millenials, churches need to really invest and find the right “bait” to get them interested once again.