Democratic lawmakers in Massachusetts want to take “God” out of the oath of office for every elected official in the State.

This would amend the old state Constitution in the country, allowing public officials to cite a secular phrase instead: “This I do under the pains and penalties of perjury.”

The current Massachusetts Constitution requires “every person chosen or appointed to any office, civil or military” in the state to “solemnly swear [that] I will bear true faith and allegiance to the Commonwealth of Massachusetts, and will support the constitution thereof. So help me God.”

In order to make it a constitutional amendment, it would require passage by two consecutive legislatures and then approval by voters. This would include 17 members of the House and Senate.

Amending the document would make it more general neutral changing the pronoun from “he” to “they.”

This bill is supported by atheists who believe invoking God violates the establishment cause.

Zachary Bos, the state director for American Atheists told The Meadville Tribune, “We support any move that helps to increase the government’s commitment to secularism.”

Conservatives say that removing God is another recent example of secular efforts to diminish the influence of religion in society.

“It’s yet another cynical attempt to erase the rich legacy of faith that has been part of our Commonwealth form from the Pilgrims to today,” Andrew Beckwith, president of Massachusetts Family Institute told News and Tribune.

This is not the first time House Democrats failed to strike “so help you God” this year. Earlier this year, they failed to remove it from the House committee oath after an outcry from House republicans. 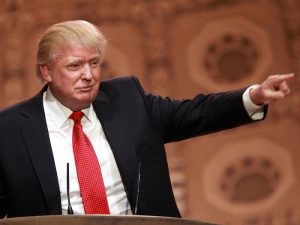 President Trump: 'May We as Americans Never Forget the Power of Prayer'
archives most recent
More from Beliefnet and our partners
previous posts