Militant atheists and religious zealots alike have long peddled the idea that science and religion are incompatible. Prizewinning theoretical physicist Marcelo Gleiser, however, takes intense issue with that statement. In fact, he recently won the annual Templeton Prize for his work debunking the idea.

Gleiser is far from the only scientist to disagree with the idea that faith and logic cannot coexist, but he takes it further than many others. Rather than saying science and faith can get along like two children who happen to use the same sandbox, Gleiser states that traditional religion is actually more compatible with science than atheism. Many militant atheists, such as Richard Dawkins, claim that atheism is the only religion a true scientist can practice. Gleiser, however, states bluntly that atheism is not even remotely scientific. It is not, he claims, based on logic or reason as so many atheistic zealots claim.

“I honestly think atheism is inconsistent with the scientific method,” Gleiser said. “[Atheism] is a statement, a categorical statement that expresses belief in nonbelief. ‘I don’t believe even though I have no evidence for or against, simply I don’t believe.’ Period. It’s a declaration, but in science, we don’t really do declarations. We say, ‘Okay, you can have a hypothesis, you have to have some evidence against or for that.’…I have no evidence for God or any kind of god…[but I] would acknowledge no right to make a final statement about something [I] don’t know about…The absence of evidence is not evidence of absence.”

Gleiser also stands against the militant New Atheists who claim science can explain absolutely everything. In his 35 year career, Gleiser has worked on properties of the early universe, behavior of fundamental particles and the origin of life. Nothing he has seen, however, has convinced him that science can solve every problem or unravel every mystery.

“There is a difference between “science” and what we can call “scientism,” which is the notion that science can solve all problems,” Gleiser said. “We cannot presume that we are going to solve all the problems of the world using a strict scientific approach. It will not be the case, and it hasn’t ever been the case, because the world is too complex, and science has methodological powers as well as methodological limitations.”

This is part of why Gleiser takes issue with the popular idea that science can truly explain the origins of the universe or distill the complexities of existence into a single theory.

“I get upset by misstatements, like when you have scientists—Stephen Hawking and Lawrence Krauss among them—claiming we have solved the problem of the origin of the universe, or that string theory is correct and that the final ‘theory of everything’ is at hand. Such statements are bogus,” Gleiser said. “It is impossible for science to obtain a true theory of everything…The way we acquire information about the world is through measurement. It’s through instruments, right? And because of that, our measurements and instruments are always going to tell us a lot of stuff, but they are going to leave stuff out. And we cannot possibly ever think that we could have a theory of everything, because we cannot ever think that we know everything that there is to know about the universe…Knowledge advances, yes? But it’s surrounded by this ocean of the unknown. The paradox of knowledge is that as it expands and the boundary between the known and the unknown changes, you inevitably start to ask questions that you couldn’t even ask before.”

In fact, Gleiser sees such attempts as nothing more than a way to try and turn science into an actual religion. “It is the blank statement that there could ever be a theory of everything that I think is fundamentally wrong from a philosophical perspective. This whole notion of finality and final ideas is, to me, just an attempt to turn science into a religious system, which is something I disagree with profoundly,” Gleiser said. “To say that science has all the answers, to me is just nonsense…I’m not going to lie about what science can and cannot do because politicians are misusing science and trying to politicize the scientific discourse. I’m going to be honest about the powers of science so that people can actually believe me for my honesty and transparency. If you don’t want to be honest and transparent, you’re just going to become a liar like everybody else… I feel as if I am a guardian for the integrity of science right now; someone you can trust because this person is open and honest enough to admit that the scientific enterprise has limitations—which doesn’t mean it’s weak!”

Rather than bowing to politicians or attempting to become a pseudo-religion, Gleiser argues that scientists should be “people who keep curiosity burning, trying to find answers to some of the questions they asked as children.” Encouraging and growing curiosity, to Gleiser, is one of the most important responsibilities of science.

“I don’t want to discourage people from looking for unified explanations of nature…A lot of physics is based on this drive to simplify and bring things together,” Gleiser said. “So then how do you go ahead and justify doing research if you don’t think you can get to the final answer? Well, because research is not about the final answer, it’s about the process of discovery. It’s what you find along the way that matters, and it is curiosity that moves the human spirit forward.”

This echoes what George Bernard Shaw famously proclaimed while toasting Albert Einstein. “Science is always wrong. It never solves a problem without creating 10 more.” For real scientists, that is one of the most exciting facts about their jobs. There is always another paradox to unravel, another question to answer, another mystery to solve. There is always something more to learn, and scientists could never ask for anything better than yet more things to make them curious. 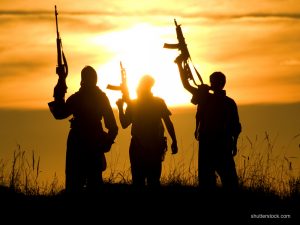 One of New Zealand’s “Darkest Days:” The Chirstchurch Attacks
archives most recent
More from Beliefnet and our partners
previous posts