Sen. Chris Coons of Delaware is facing backlash for praying with President Donald Trump earlier this month at the National Prayer Breakfast. Despite the criticism, he stands behind these prayers

In a series of tweets, the senator said that he prays for the president regularly. While praying at the breakfast, he prayed to God to “grant President Trump wisdom, grace and peace.”

I don’t have 1000 words for this photo (credit to @AP photographer @evanvucci) but I do have some.

It’s no secret that I don’t agree with President Trump very often, but I pray for the President regularly, as I did at today’s National Prayer Breakfast. pic.twitter.com/eH5acdWjRy

In front of thousands of people at the event and many more watching at home, I prayed that God would grant President Trump wisdom, grace, and peace

Look, I know that many Delawareans dislike and disagree with the President and that many others support him passionately. My commitment – and my prayer – is to try my best each day to work with Democrats, Republicans, & the President to get things done for the people we represent

He also expressed in his tweets that sometimes the best way for politicians to serve their constituents is by “joining hands in prayer or reflection to remind ourselves that as public servants, we share the same obligations to do what’s best for the country we all love.”

Following Se. Coons’ tweets, some attacked the senator for praying with Trump. Some also attacked the act of prayer saying it wouldn’t change anything. However, there were others who supported his decision and said it was great to see people from both sides of the aisle coming together.

The Delaware senator along with Sen. James Lankford (R-Okla.) both prayed with Trump. They two were also the co-chairs of the event.

Lankford called on God to “pour Your overwhelming blessing and wisdom on the president, on the vice president, his cabinet and his team.”

“In quiet moments, as he has a gap to be able to think, we pray that you would guide him in the way to go as he leads our nation,” Lankford prayed. “Give him the insight that he needs. Give him joy in the task. And use him for Your Kingdom’s sake and for our nation and the world’s sake.”

The National Prayer Breakfast is a yearly event held in Washington, D.C., usually on  the first Thursday in February. It is hosted by members of Congress and is organized on their behalf by the Christian organization, The Fellowship Foundation. 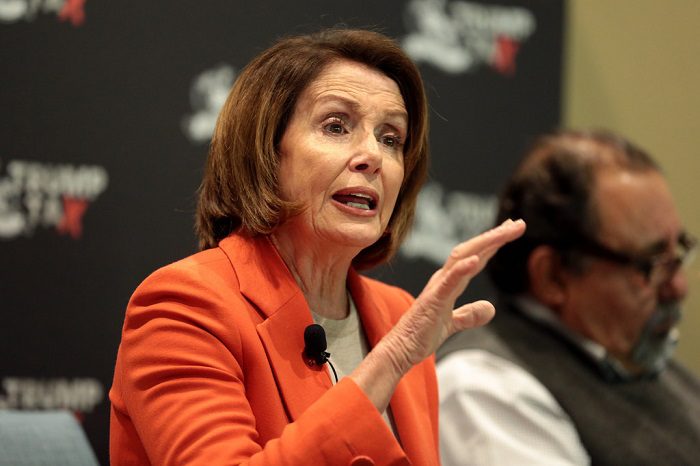