Senior Citizens to Outnumber Children in America by 2035

The 2030s are set to be a very important and very strange decade for the American population, at least as far as demographics are concerned. By the end of 2030, all baby boomers will have officially become senior citizens as they will all be older than 65 years of age. Once that happens, nearly one out of every five American citizens will be of retirement age.

The aging of baby boomers, however, will do more than increase the size of the retirement community in the United States. With American birth rates continuing to fall, by the middle of the decade, the United States will have more senior citizens than children. This will be the first time this occurs in the nation’s history.

“Within just a couple decades, older people are projected to outnumber children for the first time in U.S. history,” said Jonathan Vespa, a demographer with the U.S. Census Bureau. “By 2035, there will be 78.0 million people 65 years and older compared to 76.7 million (previously 76.4 million) under the age of 18.”

Around that same time, international migration is likely to be the main source of population growth in the U.S., not natural born citizens. This will be another demographic first for the United States. That said, the effect of birth rates on the growth of a nation is offset in such studies by the death rate. There will actually be more American babies born than there will be immigrants, but the rising death rate caused by an aging population will offset the birth rate in statistics. Between birth rates and immigration, the American population will continue to grow. It will simply be very slow growth. Assuming projected rates stay the same, the United States will cross the 400 million threshold in 2058 even as population growth is expected to slow.

The aging population will present serious questions for the federal government as the old age dependency ratio shifts. In 2020, there will be 3.5 working age adults for every retirement age person. By 2060, that ratio will have fallen to 2.5:1. This has the potential to cause serious economic problems and disasters with the social security system. What will be done to handle that has yet to be seen. 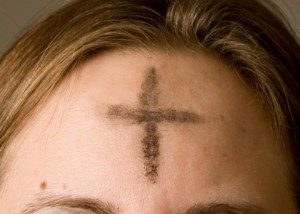