Most American adults self-identify as Christian, but devout Christians are aware that many of those self-identified Christians do not hold with traditional Christian beliefs or practices. In fact, most Americans hold at least one New Age belief.

According to a study by Pew Research, roughly 60 percent of Americans believe in astrology, psychics, reincarnation or the presence of spiritual energy in mountains or trees. This has often resulted in a blending of tradition. When New Age beliefs are combined with Christianity, things such as angel cards and angel readings result. Such practices have become lightning rods for controversy in various denominations especially with the rising number of Neopagans in America.

The growth of New Age beliefs appears to be linked to the ever increasing number of Americans who do not identify themselves with an orthodox religious group. Many of them instead state that they are spiritual or claim to believe in a higher power even though they do not practice a specific religion. That said, New Age beliefs are also being combined with orthodox religions by younger members of the faith.

Of the New Age beliefs, the most widely belief that spiritual energy can be located in physical things such as trees, mountains or crystals, and belief in psychics is a close second. Astrology is the least widely believed of the four beliefs. This suggests that there was a deliberate distinction made between New Age theories about reincarnation and Buddhist, Hindu and Sikh beliefs about reincarnation. Otherwise, the percentage of people who believe in reincarnation would likely be higher.

The rise of New Age beliefs is unlikely to be surprising to most people, but the sheer extent of them might be a bit of a shock. Everyone knows someone who believes in psychics. Most people had not done the math to realize exactly how widespread the belief has become. What this means for the Christian community is unclear, but it does show that those discussions about angel cards are not the minor issue that they first appeared to be. 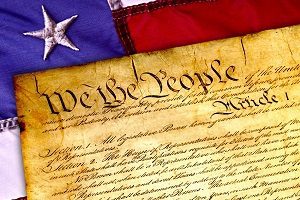