Evangelicals Are Political Powerhouses, But For How Long?

The National Association of Evangelicals defines evangelicals as people who hold “the belief that lives need to be transformed through a ‘born-again’ experience and a life-long process of following Jesus, … the expression and demonstration of the gospel in missionary and social reform efforts, … a high regard for and obedience to the Bible as the ultimate authority … [and] a stress on the sacrifice of Jesus Christ on the cross as making possible the redemption of humanity.” Most evangelicals have conservative values which have long made evangelicals a voting bloc that helps Republican candidates at the ballot box, but evangelicals may lose some of that political influence if young people continue to turn away from religion or emphasize certain social issues over other social or economic issues. Gay marriage, for example, tends to be seen by young people as an extremely important social issue, and some young people will vote for a candidate based on their stance on gay marriage even if they do not like the candidate’s stance on other issues.

In addition to splits along generational lines, evangelicals are also beginning to face division along racial lines. In fact, some people feel that white evangelicals and black evangelicals should be evaluated as two completely different voting blocs. Others, however, argue that the reason evangelicals of different races vote differently has more to do with the social communities and families in which they are raised instead of some inherent difference in their experiences as evangelicals. Support for the latter theory can be found in the fact that political stances have become a form of and marker of identity in recent years. As such, voting in a different way than a person’s family or friends implies a serious change in identity instead of a change of opinion on certain issues. This may explain part of why so many people in recent years cling to a political party even if they disagree with certain policies. They are a Republican or Democrat instead of simply being a person who votes for the Republican or Democratic Party.

The decline of evangelicals voting power, of course, may simply be a false alarm. Young people across racial, religious, socio-economic and geographic lines tend to be far more liberal than those who are older. As such, there is every possibility that young, liberal evangelicals may grow up to become older, conservative evangelicals like their parents and grandparents. Even if they do not, it is likely that the “evangelical vote” will continue being a political powerhouse for years to come. 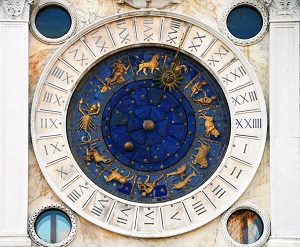