SCOTUS Nominee Brett Kavanaugh: Here’s What You Should Know

President Donald Trump has nominated appeal court judge Brett Kavanaugh to replace outgoing Supreme Court Justice Anthony Kennedy, who after three decades of service, will retire at the end of this month.

Trump made his announcement on Monday night at the White House. Trump said what mattered most to him about his nominee was “not a judge’s political views, but whether they can set aside those views to do what the law and the Constitution require.

“I am pleased to say that I have found, without a doubt, such a person,” he said in announcing Kavanaugh’s nomination. “There is no one in America more qualified for this position and no one more deserving,” the president also said.

The D.C. Circuit Appeals Court judge “has impeccable credentials, unsurpassed qualifications, and a proven commitment to equal justice under the law,” the president continued. He’s “a judge’s judge, a true thought leader among his peers. He’s a brilliant jurist with a clear and effective writing style, universally regarded as one of the finest and sharpest legal minds of our time.”

Kavanaugh comes with a resume much stronger than any of the other prospective nominees including Raymond Kethledge, Amy Coney Barrett, and Thomas Hardiman. Kavanaugh issued nearly 300 opinions during his time on the DC Circuit Court of Appeals.

Many conservative Christians were satisfied with the nomination, and shared their praise.

The Southern Baptist Convention’s Ethics and Religious Liberty Commission president Russell Moore said that he was confident that Kavanaugh would be a “strong defender of the freedoms guaranteed by the Constitution and Bill of Rights, especially our First Freedom of religious liberty.”

“I pray that Judge Kavanaugh will serve for decades to come with a firm and unwavering commitment to our Constitution’s principles,” said Moore. “I join with Baptists and other evangelicals in calling upon the Senate to confirm Judge Kavanaugh without delay.”

“Notably for these times marked by political and cultural divisions, Judge Kavanaugh has the reputation of being fair-minded and able to work with his fellow judges who might have a different point of view,” Daly said in a statement. “His temperament is well-suited for the demands of our nation’s highest court.” 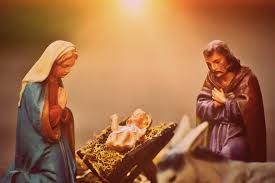