Christians in the Singotam village in the southern region of India were corned and harassed by Hindu extremists who stole a box of Bibles and then set them on fire.

The extremist group issued harsh threats to Christians who were distributing the Bibles before snatching their car keys and taking Bibles out of their vehicles. They also threatened them with physical harm if they returned.

“From now on, if any of your distribute Bibles, we will attack you brutally,” one yelled. “How dare you promote Christianity?”

“You will give a Bible to whoever you want? How dare you…You shameless idiots. Get the hell out of here,” another shouts.

A video of the incident begins after one of the extremists snuck into the group’s van, stealing the keys and throwing a box of Bibles out. The group began kicking the box.

Moments later, one of the assailants poured fuel as his colleagues instructed him to pour it on the copies; he then lit a matchstick and set the Bibles on fire.

The hostilities come after “one of the most traumatic” years of persecution of Christians, according to a report released last week by the Evangelical Fellowship of India.

While the source of persecution for Christians in India depends on their location within the country, most of it comes from Hindu radical groups. Because Hindu radicals view Christians as outsiders, they experience increased persecution. These radicals are intent on cleansing the nation of both Islam and Christianity, employing violence to this end.

The Christians were given permission to pass out the Bibles by local government officials. They had set out from Nagarkurnool at 11 a.m. and reached Singotam 90 minutes later, waiting another half four for four other Christian associates.

“Eight of us were traveling in two different cars,” a source identified as Richard Nixon told Morning Star News. “Before distributing the Bibles, we prayed together, and we had first asked the school administration that we will place the Bibles there, that the students may take them, but were told to distribute them by ourselves. It was such a joy! The children came to us few at a time with their friends and received the Bibles happily.”

They distributed nearly 170 Bibles, Nixon said. Five cartons remained with 80 copies of the New Testament in each, and they proceeded towards the town distributing the Bibles to shops and passers-by.”

He said that ten Hindu extremists then came from a local temple and began to threaten them.

“They started badgering us with questions: ‘Who sent you here? Why are you distributing Bibles?’ They soon slipped into filthy language. We told them that we will move on from here, and requested let there be no fight,” Nixon said.

Despite the harassment, the group of Christians passed out more than 170 Bibles. 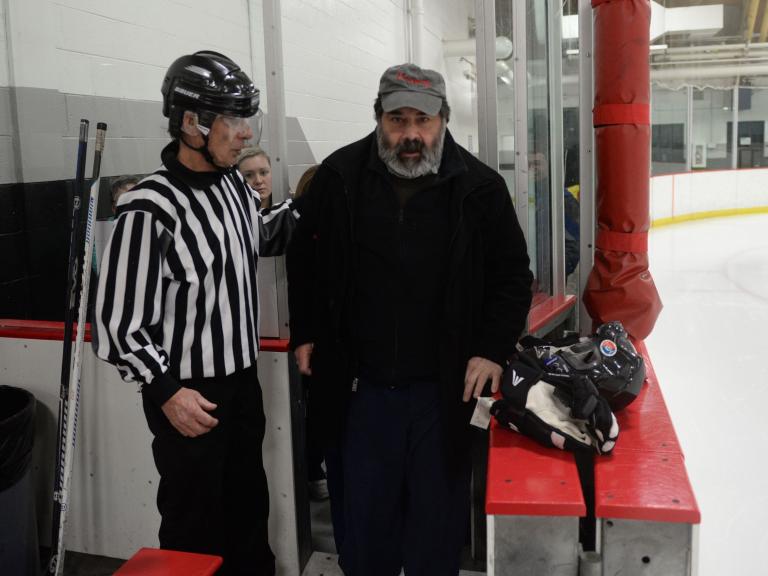 Priest Paralyzed During Hockey Game Stuns Friends, Stands to Greet Them
archives most recent
More from Beliefnet and our partners
previous posts