Worship service attendance is up in New York City, but down among young adult Jews, according to recent studies. On the other hand, fewer Spanish-speaking teens are attending Catholic mass, but more are showing up at Evangelical churches.

A recent Barna study shows not only increased New York City church attendance, but growing numbers of “born-again” Big Apple believers.“The findings defy not only stereotypes about ‘godless’ New Yorkers,” writes Mark Tooley, president of the Institute on Religion and Democracy, in a guest column in the Washington Post, “but also illustrate that, despite all the talk about secularizing America, church participation has remained remarkably unchanged nationally for most of 80 years.”

But what about all the reports in the media that nobody goes to church anymore? Actually only a very small percentage of Americans claim no affiliation with any particular faith. Tooley acknowledges the “much ballyhooed religiously unaffiliated” numbers, but notes that it translates to “about 15-20 percent of Americans (some of whom still report attending religious services and most of whom still profess belief in God.).” In fact, he points out, “About 75-80 of Americans percent say they are Christian, with Jews the next largest religious group, numbering under 2 percent.”

In fact among Jews, the Pew Research Center reports “a significant rise in those who are not religious, marry outside the faith and are not raising their children Jewish – resulting in rapid assimilation that is sweeping through every branch of Judaism except the Orthodox,” as reported recently by the New York Times.

The study shows that it’s the younger Jews who have catapulted this movement. The editor-in-chief of The Jewish Daily Forward found the results to be “devastating,” but not all hope is lost. There is a group called Reboot that was formed specifically to help young Jews feel more connected to their Jewish identity.

The co-founder of the group is Roger Bennett who, as a “non-religious Jew” himself, found that many of his peers wanted to connect in some way to their Jewish heritage, but did not want to go to synagogue every week or practice the seemingly dusty old religion their parents and grandparents had been brought up with.

Bennett began reaching out to Jews in the creative fields – producers, writers, playwrights, architects, actors and so forth. As a result, Reboot was born and has grown to hundreds of members, with people such as Emmy Award-winning TV writer Damon Lindleof, Los Angeles Times journalist Joel Stein, comedian Jill Soloway, novelist Aimee Bender, science write Josh Foer and How I Met Your Mother star Josh Radnor, who gather each year to talk about new ways to get the younger generation engaged.

“Reboot has turned into a national network of young, creative Jews founded on the belief that every generation must grapple with the questions of identity, community, and meaning on its own terms,” explains Courtney E Greenhalgh of Workman Publishing. “Reboot has created over 100 projects reaching an audience in the hundreds of thousands, including the National Day of Unplugging and the international architecture contest Sukkah City, among others. It was a Reboot meeting that inspired A. J. Jacobs to write his bestseller The Year of Living Biblically.”

Among Latinos, the surprising trend is a return to church – although it’s not always to the Roman Catholic mass of their childhood. Hispanics living in the United States are now increasingly evangelical Protestants, according to a national survey conducted by the Public Religion Research Institute.

‘“The rise of religiously unaffiliated Hispanics is critically important for understanding the changing composition and political profile of Hispanics in America,” said the Public Religion Research Institute’s Dr. Robert P. Jones. “Many pundits have argued that evangelical growth will lead to a conservative shift among Hispanics over time, but the rival emergence of religiously unaffiliated Hispanics, who are liberal on a range of issues, serves as an important counterweight.” 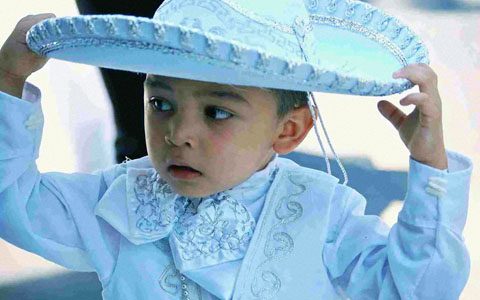 The survey also showed that Hispanics have a generally more favorable opinion of Pope Francis as an individual than they do of the Catholic Church, as 69 percent of Hispanics surveyed have a positive impression of Francis but only 54 percent said they had a favorable impression of the church, according to Hafiz.

The increasing diversity in the Hispanic community will have repercussions when it comes to courting the Latino vote, writes Hafiz. “When looking at 2012 voting habits, the majority of the religiously unaffiliated voted for Obama, whereas the majority of Evangelicals voted for Romney. It’s really interesting to see this political polarization between the two groups that are growing the fastest. You are dealing with a religious diversity that 20 years ago wasn’t there.”

Has the African-American Christian church lost its influence? Has it become weaker?  “The Black church is the single most important institution in the Black community,” writes theologian James Cone. “Beginning in the late 18th century and continuing to the present, it has been the oldest and most independent African-American organization.  Its importance is so great that some scholars say that the Black church is the Black community, with each having no identity apart from the other.”

And the Black church remains extremely influential. As Illinois legislators considered legalizing same-sex marriage in their state, a number of traditionally Democratic clergy in the Black community put out the word that they will work to unseat lawmakers who vote in favor, reported CBS News affiliate WBBM’s reporter Mike Krauser.

Bishop Larry Trotter, of Sweet Holy Spirit Church in Chicago, vowed there would be consequences for lawmakers who support same sex marriage.

Bishop Trotter and Bishop Lance Davis, of New Zion Covenant Church in Dolton, said they are planning what to do next. Their activism seems to fly in the face of many Christian conservative leaders who say America is in a “post-Christian” period – citing political setbacks on homosexual marriage and hostility from cultural elites in the media and academia.

“It’s true that America often feels religiously different from past decades,” writes Mark Tooley, president of the Institute on Religion and Democracy, in a guest column in the Washington Post, “even though rates of religious practice remain mostly unchanged and in some cases even higher than in supposedly more pious eras.

“Unlike 50 or 100 years ago, the commanding heights of American culture are no longer dominated by Christian belief,” writes Tooley. “Not very long ago, universities were still seriously church affiliated, newspaper editors and publishers were often churchmen in their local communities, publishing was dominated by church-affiliated publishing houses, and even Hollywood was led, if not by pious film makers, then at least by persons, especially immigrants, with deep appreciation for America’s religious heritage.” 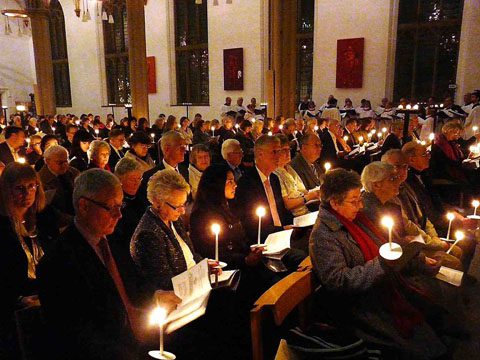 Such culture-shaping institutions today are vastly changed, mostly owing to what Tooley refers to the collapse of “Mainline Protestantism,” – the increasingly liberal and declining mainstream denominations. They’ve been replaced by a resurgence in Catholicism and Evangelical Christianity – both which have shown a growth in membership.

“The quiet religious revival in New York City is mostly below the radar screen.  But it showcases how Christendom, although it ebbs and flows, after 2,000 or so years, is not going away.”

Billy Graham: I know where I'm going
archives most recent
More from Beliefnet and our partners
previous posts