“Daddy thinks the Lord will allow him to live to 95,” said Franklin Graham recently.

It was not a prophecy but a hope, Franklin explained, that he would live to see the beginning of a Christian renewal, a genuine heaven-sent revival in America. And so it was that the Billy Graham Evangelistic Association invited pastors, theologians, and evangelical leaders from across the nation to unveil a new outreach emphasis called, “My Hope with Billy Graham.”

Franklin Graham’s introductory remarks and Billy Graham’s passionate plea that followed removed any cynical thoughts in the room that this might be a “send off ” for Billy Graham before he went home to heaven. The old gospel warrior’s words, pauses, inflections, and his aged faintness of voice all carried urgency and an unmistakably genuine, passionate concern that North America needed a powerful movement of God if we were to survive as a people.

This gathering was different, not just because so many got to hear Graham’s burdened plea for revival, but because before them was a man of God who is as committed to the Great Commission of Jesus Christ as he was in 1949.

“In that moment, as this elderly, grey-haired man in the wheelchair spoke,” wrote one of the pastors in attendance, Michael Milton, “I was no longer a minister and a seminary leader in a prestigious gathering with a veritable living chapter in the pages of Church history. 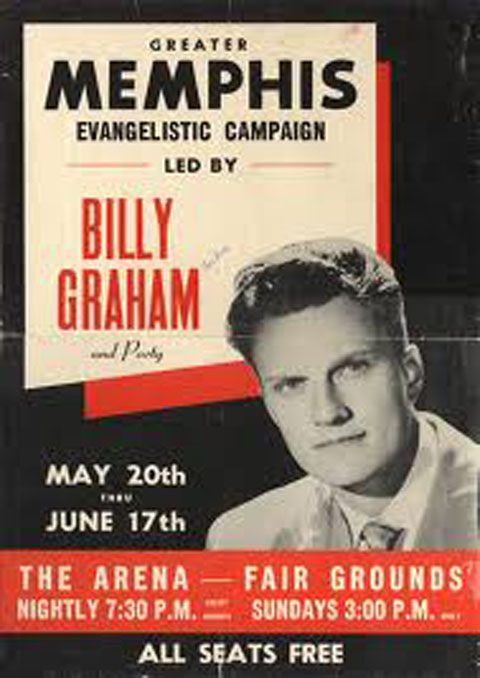 “I was an orphan boy from Louisiana on the edge of my seat at a football stadium and my heart was gripped by the simple, unforgettable, spiritually charged moment when I knew I was a sinner, that Hell was real, and that repentance and faith in the resurrected and soon coming Jesus Christ was the only hope.”

Throughout his ministry, Graham has proclaimed God’s Word with conviction and passion.

Marissa Burt of Seattle recently recalled how “When I was four – maybe five – years old, I went to see a movie. I don’t remember what it was or why the Gospel was presented at the movie theater, but I made a decision right after. I wanted to say that I believed in Jesus, and I wanted Him to come in my heart. Afterward, I remember receiving little comic books in the mail that helped me know more about Jesus.”

Of course, she had attended one of the many films that Graham’s organization produced over the years – all which ended with an altar call for theater-goers and an opportunity to fill out an information card so that a local church could follow up – and so the convert could receive additional information in the mail.

“Now, thirty years later, I want to say thank you for introducing me to the Lord,” wrote Melissa, “I belong to Him, and I can’t imagine my life without faith. Thank you for lifting up Jesus, the one who draws all people to himself.”

“It was the summer of ’63,” recalls Tommy Olive of San Angelo, Texas, “and I was thirteen and home alone that night. I turned on the TV and a live crusade was on. We only had one channel in San Angelo then, so I stayed tuned to the crusade. When Billy Graham asked if I would surrender my life to Christ, I did. I gave all I knew of me to God. I accepted Jesus as my savior. I ordered Decision magazine, but didn’t read much of anything. I didn’t have to back then. I do remember reading one article about the Bible and either it all being true or you couldn’t trust any of it. That made sense to me.

“At that time in my church I didn’t hear anything about getting saved, so I didn’t tell anyone. In hindsight, I think being a loner made my relationship with God go up and down over the next eight years. I was sincere and remember I would read the hymns we would sing each Sunday, almost studying them. I got most of my doctrine from them.

“Later I described my salvation as being in two parts. The first was emotional and the second intellectual. I truly gave all I knew to give at age thirteen. At 21, I realized that I didn’t fully give it all to Him. When I gave it all to Him, a new world opened. Scripture became alive and powerful.

“Now at 56, I continue to be grateful for my complete salvation, which started one night in 1963 while watching Billy Graham alone one night.”

Another story is told of an enthusiastic, well-meaning young Christian man who visited a nursing home a few years ago. As he spoke to the senior citizens there, he challenged them to share their faith. He asked the retirees how many people they had led to Christ.

One old man in a cardigan sweater calmly raised his hand.

“You led three or four million people to Jesus?” scoffed the young man.

“Yes,” smiled the old man. “I was Billy Graham’s Sunday School teacher when he was a boy. I encouraged him to become a preacher.”

“I am convinced the greatest act of love we can perform for people is to tell them about God’s love for them in Christ,” Graham recently told gathered leaders.

A while back, businessmen and Christian leaders in Charlotte, North Carolina, invited Graham, to a luncheon in honor of his upcoming birthday. He initially hesitated to accept the invitation because of his struggles with Parkinson’s disease.

However, the Charlotte leaders said, ‘We don’t expect a major address. Just come and let us honor you.’

After wonderful things were said about him, Dr. Graham stepped to the rostrum, looked at the crowd, and said: “I’m reminded today of Albert Einstein, the great physicist who was honored by Time magazine as the Man of the Century.

“Einstein was once traveling from Princeton on a train, when the conductor came down the aisle, punching the tickets of every passenger. When he came to Einstein, Einstein reached in his vest pocket. He couldn’t find his ticket, so he reached in his trouser pockets.

“Einstein nodded appreciatively. The conductor continued down the aisle punching tickets. As he was ready to move to the next car, he turned around and saw the great physicist down on his hands and knees looking under his seat for his ticket.

“The conductor rushed back and said, ‘Dr. Einstein, Dr. Einstein, don’t worry, I know who you are; no problem. You don’t need a ticket. I’m sure you bought one.’

Einstein looked at him and said, “Young man, I too, know who I am. What I don’t know is where I’m going.”

Having said that, Graham continued to his Charlotte crowd, “See the suit I’m wearing? It’s a brand new suit. My children and my grandchildren are telling me I’ve gotten a little slovenly in my old age. I used to be a bit more fastidious.

“So I went out and bought a new suit for this luncheon and one more occasion. You know what that occasion is?  This is the suit in which I’ll be buried. But when you hear I’m dead, I don’t want you to immediately remember the suit I’m wearing.

“I want you to remember this: 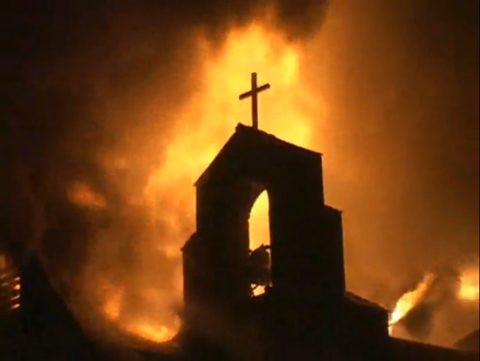 Are All These Christians' Complaints of Persecution Just So Much Empty Whining?
archives most recent
More from Beliefnet and our partners
previous posts