Christian nuns are paraded through the streets like prisoners of war. Scores of churches and Christian schools smolder in vandalized ruins. Christian children are being gunned down on the street.

“The words are heavy to put together this morning,” writes an anguished Egyptian Christian leader. “The sad day of yesterday,” he wrote to the Netherlands-based Christian advocacy group Open Doors, “resulted in a sleepless night not only for me, but also for millions of Christian and Muslim Egyptians who love this country and genuinely seek its good and welfare.”After decades of relative stability in the volatile Middle East, Egypt has descended into violence. The militant Muslim Brotherhood is calling for armed confrontation with the Egyptian military, which deposed Egyptian President Mohammed Morsi – and Egypt’s 7 million Christians are being targeted by angry mobs.

Chaos has ensued with the United States supporting the anti-American, but freely elected, Muslim Brotherhood-backed ex-president and cutting off aid to the military. That move by the Obama Administration came after Egyptian forces launched a bloody crackdown on Brotherhood street protests. Iran stepped up to support the protesters while Russia and Saudi Arabia bolstered their support of  Continued on Page Two 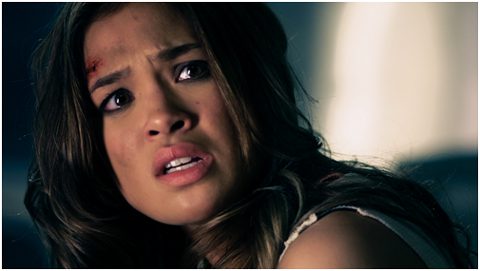 Can a bunch of kids thrill moviegoers with "Red Line"?
archives most recent
More from Beliefnet and our partners
previous posts