Christmas has unique memories for international journalist Christiane Amanpour, the ABC News Global Affairs Anchor. As a small child, she remembers wonderful times, “my family with a Christmas tree and presents and a family gathering.”

But her father was Muslim. Her mother was Catholic. They lived in Iran. Little Christiane grew up in a clash of worlds – yet it was quieter than today. “We had Christmas off from school, but,” she notes, “remember, Iran was not yet an Islamic republic.”

During her childhood, the former Persian Empire was one of the most diverse, modern and secular Islamic nations of the Cold War era, led by an iron-fisted dictator whose family had been put in power by the CIA and was one of America’s top allies – the controversial Shah of Iran.

Amanpour – now a regular on the ABC nightly news as well as Chief International Correspondent for CNN and the nightly host of her own interview program on CNN International – remembers an Iran vastly different in the 1960s and 1970s from today’s terror-exporting, nuke-developing Islamic republic whose president annually vows before the United Nations to destroy both Israel and the United States as he ushers in Armageddon and welcomes the return of the Hidden Imam – Shi’ite Islam’s child Messiah.

“We had a Christmas tree, we decorated, we had Christmas celebration,” she recalls. Is observance of the holiday tolerated in today’s rigid Iranian Islamic society? “It may not be open and allowed,” she admits, “but in the privacy of your own home, you do what you will.”

Did her very Christian-sounding first name cause problems as a child? After all, “Christiane” is not at all Iranian nor Islamic.

“It really didn’t,” she says. “My mother is Catholic, my father Muslim and so I’ve grown up with both faiths – and I happen to be married to a man who’s Jewish. So, I have all three faiths running right through my immediate family. It taught me tolerance. It taught me that all three faiths can exist together because we have so much in common.”

Today as Iranian-built rockets pound Israeli neighborhoods, as Israeli helicopter gunships rain death and destruction on Gaza, as civil war rages just miles away in Syria and Iran’s leaders are blamed for Continued on page 2 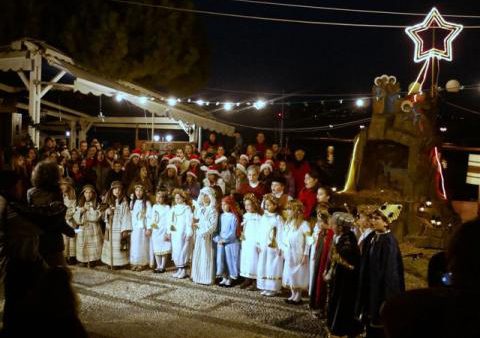 Who's winning the war on Christmas?
archives most recent
More from Beliefnet and our partners
previous posts