Did third-party candidates deny Romney the presidency? And where were the Christians?

In 2000, Green Party candidate Ralph Nader catapulted George W. Bush into the Oval Office by siphoning off 97,488 Florida votes that otherwise would have gone to Al Gore. As a result, Bush — heavily supported by evangelical Christians — won Florida and the Presidency by the slimmest of margins – 537 votes.

Back in 1992, H. Ross Perot gave the White House to Bill Clinton, drawing away enough discontented conservatives and Christians that George H.W. Bush lost and Clinton became President with only 43 percent of the popular vote. Almost a century before, Teddy Roosevelt’s Bull Moose Party candidacy is credited with electing Woodrow Wilson.

Perot, if you remember, was a multi-billionaire who spent millions on his own candidacy. That didn’t work out very well for him nor in 2012 did it work for pro-wrestling tycoon Linda McMahon who spent $97 million of her personal fortune trying to become Connecticut’s junior U.S. Senator.

Maybe campaign-spending laws should change, says economist Glen Weyl, a professor at the University of Chicago. He says there are plenty of people who so vehemently want to see their candidate elected that they’d cast more than one ballot if they could. So why not let them? He has proposed a plan that would allow people to put their money where their mouths are by paying to vote as many times as they’d like. His system would require a voter to pay an increasing amount for each vote cast; the cost of each vote would be the square of the vote number. So your first vote would cost you just $1, the second vote would cost $4, the third $9, the fourth $16.

“So doubling or even tripling your weight at the polls would be relatively inexpensive,” writes Ross Kenneth Urken for Daily Finance. “Go much beyond that and it starts to add up faster than you’d expect: For five votes, you’d pay a total of $55. For 10, a total of $385. Want to swing a small local election all by yourself? The hundredth vote, in this scenario, would cost you $10,000, but the 100 votes in total would run you a staggering $338,350. (Still, that’s easily within reach for men with names like Koch, Trump, or Buffet.)”

Obama and Romney spent around $1 billion each on advertising — much of it in the “battleground states,” appealing to swing voters — who waited until the last minute to decide how to vote. Even so, the election seemed marred by ambivalence — with many Christian voters joking that they voted holding their nose, picking the least objectionable candidate. Did the free flow of campaign money fail to remedy hard-core conservatives’ as well as diehard liberals’ ambivalence about their candidates?

That would have gained Romney 29 votes in the Electoral College for a total of 235 – still 35 short of the 270 needed to win.

Could he have picked up more Electoral College votes in other battleground states had there been no third-party candidates? In Ohio, New York, Pennsylvania, Michigan, New Jersey, Virginia and Illinois, third-party candidates were active — campaigning on a variety of issues, including the legalization of marijuana, which was approved by Colorado and Washington State voters.

However, third-party candidates drew only small percentages of the vote in those states.

In Virginia, it had been feared that former U.S. Senator Virgil Goode’s Constitutional Party candidacy would leach off enough conservative votes to give the state’s Electoral College votes to Obama. However, Obama won the state’s 13 Electoral College ballots by  54,924 votes. Only 51,802 Virginians voted for all of the third-party candidates combined — close, but not enough to matter.

What about the other states that went for Obama? Had there been no third-party candidates, would there have been 35 more Electoral College votes to put Romney over the top?

In California, the President won by 59.2 percent with 5,554,499 votes. Romney garnered only 3,613,339 votes. If he’d had every one of the Third Party candidates’ 219,425 votes, it would have made no difference.  The same is true in all of the “battleground” states as well as smaller states which went for Obama: Oregon, Iowa, Nevada, New Mexico, New Hampshire, Vermont, Maryland, Delaware and Minnesota.

So, if third-party candidates didn’t make the difference this time, who did? Most Americans tuned into Election Night coverage unsure of what to expect. In the early evening, everything appeared too close to call. All eyes were on those “battleground states” where “swing voters” were the target of millions of dollars of last-minute advertising. How did these all-important swing voters come to their final decisions?

Dr. David Riess, a practicing psychiatrist for 25 years and former medical director of Massachusetts’ Providence Hospital in Holyoke, says that an election can come down to those voters’ rationality in decision-making.

According to Dr. Riess, last-minute swing voter choose a candidate “largely based upon emotional factors, based upon seeking a sense of Shared Omnipotence with their political idols, rather voting based upon an objective analytical consideration of the facts.” The majority of such late-deciding swing voters, he says, rely most heavily on irrational factors “which emerge out of the dysfunctional aspects of personality structures.” He finds that worrisome.

In years past, such voters got to choose from third-party candidates who were attractive since they seemed to have a chance.

No such third-party choices emerged this time. All the third-party candidates did poorly. At the last unofficial count, Green Party national candidate Jill Stein pulled only 98,000 or so votes nationwide. Comedienne Roseanne Barr, who campaigned on a platform that “the war on drugs is just plain crazy,” won about 10,000 votes. The outspoken Randall Terry, who served prison time in his quest to stop abortion, got 8,700 votes.

And Jeff Boss, who campaigned on the single issue that mysterious, shadowy government officials allowed the 9/11 attacks, received only 263 votes nationwide.

What happened to the Christian vote? Many evangelicals seemed to be sitting out the election, unexcited with either candidate’s past. Dr. Billy Graham at the last minute seemed to be leaning toward Romney — although he doesn’t endorse candidates — and just before the election removed an article on his website which for years has listed the reasons that Dr. Graham says Mormonism is a cult.

Absent during this election were the evangelical activists who elected Ronald Reagan. Many of them supported Sarah Palin in 2008 and voted for John McCain, about whom they were as ambivalent as they were this year about Romney.

The day after the election, Christian author Russell Moore mused on his website:

“Many of us have some disagreements with the President. As a conservative Christian, I believe unborn children have certain inalienable rights, including the right to life, and I wish President Obama would work to protect them. I believe freedom of conscience is the preeminent right in a civil society, and the Administration’s incursions on religious liberty are troubling. I don’t plan to back down one bit on these matters.

“We are going to disagree with the President on some (important) things; there will be other areas where we can work with the President. But whether in agreement or disagreement, we can honor. Honor doesn’t mean blanket endorsement.

“The Apostle Peter specifically calls the people of Christ not only to show submission to the emperor ‘as supreme’ but also to ‘governors’ (1 Peter 2:13-14). The Apostle Paul calls on the churches to pray and to show thanksgiving for ‘kings’ (plural) and for ‘all who are in high positions’ (1 Timothy 2:1-2).

“So let’s pray for President Obama. Let’s not give ourselves to terms of disrespect, or every crazy conspiracy theory that floats across the Internet.

“Let’s render unto Caesar, as free people with natural rights. Because we know as believers that we will eternally say ‘Jesus is Lord,’ we can as citizens temporally say, ‘Hail to the chief.’” 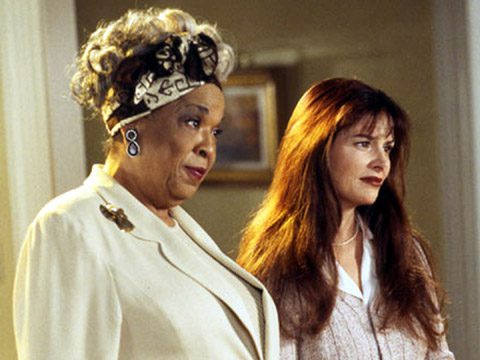 Producer, author, actor Roma Downey's life has been more than touched by an angel
archives most recent
More from Beliefnet and our partners
previous posts