Mixing Bibles, bars and beer, missionaries head for the pubs

Theology at the Pub is a popular weekly event in Melbourne, Australia, aimed at “amateur theologians aged between 18 and 40 and any clergy who wish to enjoy a drink or two with anyone younger than the average parishioner.”

In Norfolk, Virginia, Holy Trinity Catholic Church regularly lists in the weekly bulletin “Theology on Tap” at a local bar and grill. There a regular crowd gathers to ponder Christianity over a glass of ale … or milk, whatever suits attendees, who often include local university students and sailors from the nearby base.

In New York City, Jay Bakker, son of disgraced televangelists Jim and Tammy Faye Bakker, preaches in bars while sipping on iced tea since he’s been sober for 14 years after a tumultuous childhood in front of TV cameras.

In Cheyenne, Wyoming, Uncle Charlie’s Grill and Lounge hosts a weekly “Bibles and Beer” discussion that routinely attracts people of all faiths – and even an atheist, reports Kevin Moloney for USA TODAY. “As many as 45 people have shown up, some toting Bibles. Some might have a drink; others stick to water,” he reports. “Some talk; others mostly listen. There are only a few ground rules: Avoid debate and stick to the text to be discussed that week.”

The idea of Bibles and bars may be highly offensive to devout teetotalers and worrisome to recovering alcoholics. Aftre all, in some circles, it’s not a matter of discussion whether the wine Jesus miraculously made from water at the famous Cana wedding was actually unfermented grape juice.

Southern Baptist spokesman Dr. Richard Land says he’s never tasted beer and doesn’t want to. “While the Bible may be subject to various interpretations concerning alcohol consumption (as well as the nature of the beverage consumed), Southern Baptists’ understanding of the issue has been exceedingly unambiguous,” the jovial Land wrote in a recent column, noting that the convention has regularly passed anti-alcohol resolutions as far back as 1886. “We often have been reminded of the potent question from Charles Sheldon’s In His Steps: ‘What Would Jesus Do?’”

“A biblical argument can be made,” writes author and radio host Mike LeMay – that Jesus would have strolled right into the bar, particularly, “when one reads about how Jesus went to Matthew’s home where prostitutes and other sinners were partying.”

In Portland, Oregon, a visit to a local bar was “a sad night for me,” reports theologian Tyler Braun. “Since my decision to get into Christian ministry, I have been around situations like this very rarely. I forgot how sad the bar scene can be. People lead lives that focus solely on the weekend to go out and get drunk. Of course they probably would look at someone like me and think that I am stupid for trying to live for God. They would say that it isn’t a very fun life. Let me paint the scene. I saw one guy passed out on a chair, others working on trying to get this girl or that guy onto the dance floor.

“I’m not going to say it is wrong to go to bars or to drink beer. I am saying,” he writes, “I was shocked about how far I’ve distanced myself from people like this. I do not run into people like this in my everyday life. My life has relatively zero impact on the life of a weekend partier.

“I find it sad that there are so many people so disillusioned and untouched by Christians who can give hope. I’ve heard stories of church meetings in bars in Portland. I know some people who are relatively outraged about this. This is because they feel the church is then saying that what happens in bars is considered OK by the church. I don’t agree.

“All I could see were people who would never walk into a traditional church setting. How do we reach these people? Is showing up on Sunday and hoping they come to our church enough?”

Bakker says it’s not. He stands with open Bible in Pete’s Candy Store, a popular pub “in the hip Brooklyn neighborhood of Williamsburg,” according to reporter Courtney Crowder. “The nightclub is filled with Continued on page 2 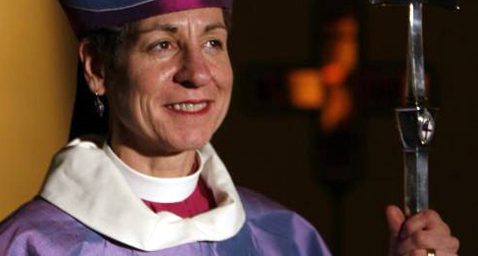 Have Americans lost their faith ... or just their trust in the old "mainline" churches?
archives most recent
More from Beliefnet and our partners
previous posts