Turning the other cheek seems to be working in little Athens, Texas.

It seems a big-city atheist heard that they had a nativity scene on the courthouse lawn last winter, according to MSNBC News. So, he called Athens officials five hours away to threaten that if they did it again, he would sue. The result was outrage.

Nationwide, America has gotten used to such outsiders forcing anything Christian out of public view – so much that it is almost assumed by some that it’s just a matter of time until every symbol of faith is obliterated from the American landscape.

Nevertheless, when such an intruder shows up and proclaims the star has to come down off of the water tower or that the crosses in the cemetery offend him or that your children have to quit reciting the Pledge of Allegiance, the sense of helplessness is overpowering. In the courts, the demand of one seems to supersede the wishes of the vast majority – never mind that there is nothing in the U.S. Constitution guaranteeing a right not to be offended by somebody else’s faith.

So, it was that taxi driver Patrick Greene alerted the Athens officials 297 miles from his San Antonio, Texas,  home that he was offended by the town’s nativity scene – and would launch a costly lawsuit if they ever put it on display again. The locals were livid that he would stick his nose into their town’s traditions and faith.

Then, the story takes an ironic turn. He called a news conference and told reporters he had learned he is going blind. He was going to have quit his job — and he did not have health insurance.

“The 63-year-old learned he had a detached retina,” writes reporter Rich Flowers of the Athens Daily Review newspaper.   “Greene was forced to give up driving his Yellow Cab. Eye surgery would cost $20,000 he said, and he didn’t even have the money to pay bills or buy groceries.”

Enter Jessica Crye, a member of Sand Springs Baptist Church in Athens. She “ felt compelled to help. Why not turn this into something else?” she told the Tyler Morning Telegraph  newspaper. “This is a great opportunity to turn the other cheek and show God’s love.”

Erick Graham, her pastor, said they didn’t have time to think or pray about the decision.

“We don’t discriminate on who we help, whether they are Christians or non-Christians, church members or not,” Graham told the Morning Telegraph. “We just help those with a need.”

“I said first of all, I don’t want $20,000,” recalls Greene. “That would be ridiculous, because there’s a chance the surgery would fail. On top of that, there’s a chance it could become detached again.”

Instead, Greene told Graham he had a more immediate need. “I said, if you really want to contribute something to help, we need groceries” – at least until he is able to start collecting Social Security.

Greene hung up and told his wife about the phone call.

Greene scoffed aloud. He’d heard empty promises before from Christians. But then he got a check for $400 in the mail. “I said I can’t believe it,” Greene said. “I thought I was in the Twilight Zone.”

The money went to help pay the rent, and provide necessities from the grocery store.

The contributions didn’t stop at $400 either, Cry said. More money is coming in.

Greene says he was “flabbergasted.” His past experience with Christians was of narrow-minded individuals who had treated him unkindly throughout his life. “My wife and I had never had a Christian do anything nice for us,” Greene said. “Just the opposite.”

Since then, he has learned that he also has glaucoma. Blindness seems a certainty. But, he is grateful. His cat, Big Boy,“ now has enough food until our social security checks arrive,” Greene recently wrote by e-mail. “We also have enough food until then. We did not spend any of it on beer or liquor. We did not spend any of it on sports, because all three of us hate sports. Me, my wife and our cat. Our cat is very much into bird watching.”

A rental property manager has suggested he move to Henderson County, where rates are cheaper and Greene and his wife could live within walking distance of the grocery store, a good thing because now they don’t have a car.

Greene is so amazed by the generosity of the believers in Athens that rather than suing to remove their manger scene, he says he’d like to add his contribution.

“I have decided to show my appreciation to the Christian community for all their help, and I am going to buy a star for the top of the Nativity scene.  You people can figure out how to plug it in.”

And he’s thinking about writing a book.

“I’m going to call it the real ‘Christians of Henderson County,  Texas,’” Greene said.  “These people are acting like what the Bible says a Christian does.” 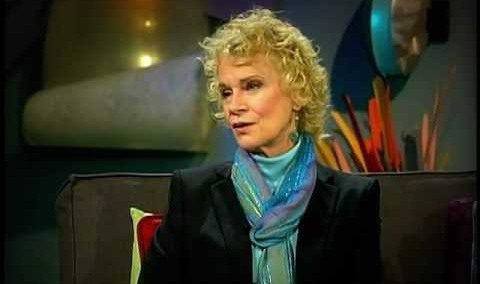 Billy Graham's daughter Ruth has been through the fire, says it's time for honesty
archives most recent
More from Beliefnet and our partners
previous posts