Hollywood loses a quiet giant of the faith

Tributes are pouring in on the Internet to a quiet man of faith who believed that prime time television – the world of sit-coms and cop dramas and reality shows – could be used of God to change the world.

Jack Gilbert, 62, mentor to a generation of TV and film writers, died March 26 in Los Angeles of complications from pneumonia. For many years, Jack ran the script writing training program for Warner Brothers, teaching television writing. More recently, he was a fixture at Act One, a Hollywood mentoring program that trains screenwriters who yearn to impact the entertainment industry from Christian points of view.

“He always showed up wearing something from the WB: a tie with Bugs Bunny, a shirt with a Daffy logo,” remembers movie reviewer Rebecca Cusey. “Jack was a Christian working in Hollywood at a time when Evangelicalism looked down its long nose at anything with even a whiff of Hollywood.  He was one of the lucky few talented and dedicated enough to actually make a living in Hollywood. He loved stories and made them his life’s work. He loved God and wasn’t afraid that made him uncool in a town where cool equals money.”

“If you want to be uncool in Hollywood, however, identify with Christianity. It’s not so much that people dislike Christians in the industry, although some surely do, but that a person of faith is so extremely far outside their experience that one might as well be from Saudi Arabia or Mars.

“If any of that ever bothered Jack, he never showed it. He didn’t hide his faith from the mainstream, just as he didn’t hide the mainstream from his faith. He also served as a scriptwriting teacher for Act One, a Christian script-writing program training people for mainstream Industry jobs. I came to know him through it and our mutual appreciation for story and art in today’s world.”

He was also a visiting instructor at Regent University in Virginia Beach, Azusa Pacific University in Los Angeles, and Columbia College in Illinois.

“Jack stood in a lonely gap,” continues Cusey. “On one hand, he represented faith to the Industry. On the other, he tirelessly explained to young, dewy-eyed believers that, no, there was no one magic movie that would change everything and save the world. That, yes, one had to be willing to slave in the bowels of silly or unsavory TV shows to earn enough respect to have a voice.”

On Facebook, the tributes to Jack are full of memories:

“There are men and women who do great things for vast numbers of people who they will never meet. Then there are the Jack Gilberts of the world – those who do incredible & compassionate things for people on a one to one, face to face level. I wonder how many people consider Jack’s passing last night as one of the worst moments of their lives? I’ll bet it’s in the hundreds,” wrote one former student.

“I am so sad that we have lost his guidance and enthusiasm,” wrote another, “but grateful that I had the opportunity to get to know him. He was a man of immense faith, and I’m happy that his battle here is over. He is missed already.”

“We lost one of the good ones today,” reads another post. “Jack was a friend and writing mentor of mine, as well as to hundreds of others.”

“A wise and gentle mentor to many writers and storytellers,” added somebody else, “and a man who knew that all our little stories were somehow about the one big story.” 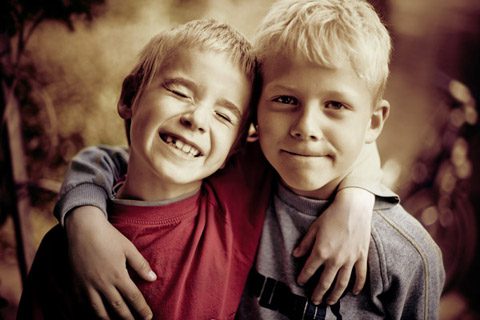 Challenges to faith, tradition swirl in Britain
archives most recent
More from Beliefnet and our partners
previous posts