The leader of Germany’s youth-dominated Piratenpartei Deutschland, the “German Pirates Party,” has admonished members to stop calling each other names on Twitter.

If they must insult one another, they need to stop doing it on the party’s highly visible social media accounts, said party Sebastian Nerz. He noted that members’ public bickering is embarrassing the party.

Ironically, the Pirates Party was founded on a platform of increased public openness — particularly the opening of all government files to the public.

The party calls for unrestricted free speech on the Internet; in particular, opposes Europe’s data retention policies and Germany’s Internet censorship law, called Zugangserschwerungsgesetz. It holds that the public has a civil right to information and has called for an end to copyright and patent laws, particularly those 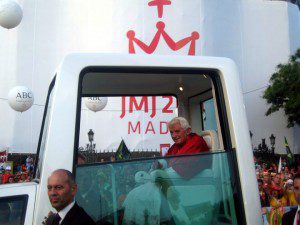