In ceremonies commemorating the 400th anniversary of the King James Bible, British Prime Minister David Cameron condemned a growing “do as you please” culture, warned of a “slow-motion moral collapse” in Britain and called for a revival of traditional Christian values.

It’s time to stand up for what is right, he said Friday at Christ Church at Oxford, speaking to Church of England clergy. “Put simply, for too long we have been unwilling to distinguish right from wrong. ‘Live and let live’ has too often become ‘do what you please.'”

“Whether you look at the riots last summer, the financial crash and the expenses scandal or the on-going terrorist threat from Islamist extremists around the world, one thing is clear,” said the Prime Minister. “Moral neutrality or passive tolerance just isn’t going to cut it any more.”

“In a rare foray into religious issues, the Prime Minister said the values of the Bible ‘go to the heart’ of what it means to be British,” reported the Press Association news service. “Addressing senior clergy at an event to mark the 400th anniversary of the King James Bible, Cameron confessed to being only a ‘vaguely practicing’ Christian who was ‘full of doubts’ about big theological issues. But he insisted: ‘We are a Christian country. And we should not be afraid to say so.'”

Should politicians get involved in matters of faith? Yes, said the prime minister, according to Tim Shipman writing in the Daily Mail, calling it “legitimate for political leaders to say something about religious institutions as they see them affecting our society, not least in the vital areas of equality and tolerance. The Bible has helped to give Britain a set of values and morals which make Britain what it is today. Values and morals we should actively stand up and defend.”

He criticized the notion that by “standing up for Christian values we somehow do down other faiths,” or that it was offensive to pass judgment on other people’s behavior, reported political editor Joe Murphy for the London Evening Standard.

“I think these arguments are profoundly wrong,” he said. “And being clear on this is absolutely fundamental to who we are as a people, what we stand for and the kind of society we want to build.”

“He listed Christian values in British society as ‘responsibility, hard work, charity, compassion, humility, self-sacrifice, love, pride in working for the common good and honouring the social obligations we have to one another, to our families and our communities,'” reported Murphy. “These are the values we treasure. Yes, they are Christian values and we should not be afraid to acknowledge that. But they are also values that speak to us all — to people of every faith and none. I believe we should all stand up and defend them.”

He said faith is no guarantee that people would lead moral live, but religious faith could inspire people to more ethical decisions. “The absence of any real accountability, or moral code, allowed some bankers and politicians to behave with scant regard for the rest of society,” he said. An “almost fearful, passive tolerance of religious extremism” has let Islamic extremism grow unchallenged,” he said.

During his speech, Cameron hailed the King James Bible as one of the greatest and most important works of literature. 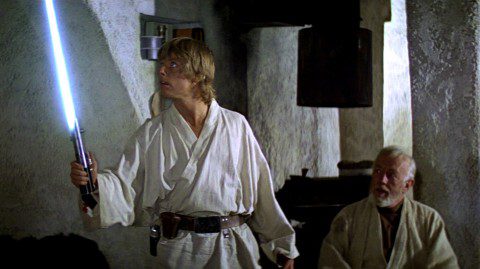