Rick Warren, Tim Keller and a number of other prominent Christian leaders are promoting the joys of married sex from the pulpit, reports the Washington Post‘s Lisa Miller.

“Last week,” writes Miller. “Rick Warren sent this message to the nearly 500,000 people who follow him on Twitter: “Husbands & wives should satisfy each other’s sexual needs. 1 Cor 7:3” — quoting the Apostle Paul’s advice to the early church in Corinth, Greece, as recorded in 1 Corinthians 7:3.

“Evangelical Christians want to talk about sex,” reports Miller. “And not in the same old punitive way. They want to talk about hot sex — as long as it’s between a man and a woman who are husband and wife. That Warren, perhaps the nation’s most prominent evangelical pastor, would take up the cause only shows how much it matters to the people who listen to him.”

Tim Keller is offering such advice as: “Each partner in a marriage is to be most concerned not with getting sexual pleasure but with giving it,” writes Miller. “The greatest sexual pleasure should be the pleasure of seeing your spouse getting pleasure.”

This sexual revolution is the inevitable result of a younger Christian generation rejecting outright the prudish “don’t do it because I said so” approach to sex and social morality of their grandfathers. According to a recent article in Christian magazine Relevant, 80 percent of self-identified Christians have sex before marriage, compared with 88 percent of the general population.

According to UnChristian, a 2008 book by David Kinnaman and Gabe Lyons, 44 percent of born-again Christians ages 23 to 41 believe sex outside marriage is morally acceptable, compared with 23 percent of those who are older. Divorce rates among evangelicals are the same as those in the population at large.

With their clinical frankness, writes Miller in the Post‘s On Faith section, “these leaders are giving real sex to Christians the way The Joy of Sex gave it to the masses back in 1972.” 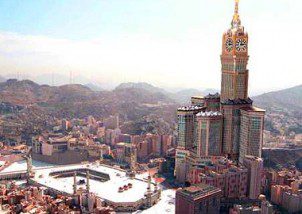