A powerful prayer for Penn State

PSU’s Nitanny Lions were about to take the field for the first time since their iconic coach, Joe Paterno, was fired along with the university’s president, Graham Spanier, in the scandal that has rocked the school — and the nation.

For the estimated 100,000 fans in the stands, the sight of athletes from both teams huddled in humility moved many to tears.

The 54-year-old Brown is legendary for his unabashed faith as well as his ability to coach good football. Twenty-seven of Brown’s players have gone on to play pro football. He has coached 37 academic all-conference players and two Academic All-Americans with the Huskers.

He is the former Nebraska state director of the Fellowship of Christian Athletes and co-director of FreedMen, which challenges and inspires men and boys to take a strong courageous Christian stand in the public square. He has authored several books on Christian character and growth. He is an outspoken advocate on many issues, including adoption, abstinence and drug and alcohol education, race relations and anti-pornography.

He is a graduate of Brown University where he was a two-time first-team All-Ivy League performer as a defensive back. He was selected to Brown’s All-Century team and the school’s Sports Hall of Fame. Brown signed with three NFL teams as a free agent from 1979 to 1981. 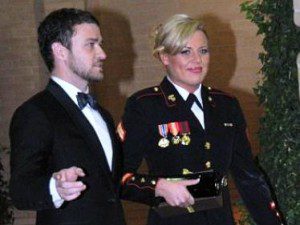