Will there soon be no Catholic priests left in Australia?

“My Irish Catholic grandmother may turn in her grave,” writes Jill Duchess of Hamilton for the Catholic Herald.  “In the Diocese of Brisbane there are 142 active priests of whom 13 from Africa or India have arrived in the past five years. They joined dozens of other foreign priests: 14 from Poland and Vietnam and an unspecified number from Italy, the Philippines, Korea, Lebanon, Ukraine, Croatia, Mexico, China and Samoa.

“In some city parishes they reflect the composition of the congregations.”

“The most common name in the Australian handbook of Catholic priests is no longer Irish, but Vietnamese,” said Father Adrian Farrelly of Clayfield. “Yes, we have many overseas priests. My Nigerian deacon here has just been ordained.”

“The average age of priests actively ministering is 62 years – and rising,” notes Peter Wilkinson, a former priest who resigned to marry and is now the father of four. He estimates that 20 to 22 per cent of the 1,523 active priests in parish ministries in Australia are on visas or foreign-born – soon it will be one in four.

Immigration controls mean they are restricted to three-year labor agreements and visas for ministry, training or study.

Often they do not speak English as their first language.

“Patching up the lack of priests with non-English-speaking clerics has received much criticism,” reports the Herald. “In the Outback some congregations only have a mass once a month. Australia had 2,833,438 Catholics and 3,800 priests in 1970. Now the number of Catholics has nearly doubled to 5.6 million, but priests are down to 3,070, including 99 Eastern Rite, eight military chaplains and 16 Opus Dei members.

Some of Australia’s shortfall will be filled by 20 Anglican priests, mostly married, who are converting. Under a loophole in church law, a priest who converts from the Church of England may be married. 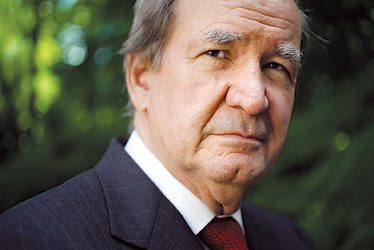 Pat Buchanan in a dour mood, releases audio version of "Suicide of a Superpower"
archives most recent
More from Beliefnet and our partners
previous posts