Washington Post: Will Knights of Columbus have to remove ski slope’s Jesus statue?

A statue of Jesus on a Montana ski slope is under attack — although its patch of U.S. Forest Service land has been leased for the last 58 years by local members of the Knights of Columbus.

The Forest Service was worried somebody might be offended — although there had been no complaints.

Indeed, the publicity has attracted the attention of a group of atheists who say it violates the separation of church and state — and the letter of the law must be followed.

However, the Knights, a local American Legion post and a congressman are fighting to have the statue left alone.

“The Forest Service offered a glimmer of hope late last week for the statue’s supporters by withdrawing an initial decision to boot the Jesus statue from its hillside perch in the trees,” reports the Washington Post’s “On Faith” section. “But as it further analyzes the situation before making a final decision, the agency warned rules and court decisions are stacked against allowing a religious icon on the 25-by-25 foot patch of land.”

The Wisconsin-based Freedom From Religion Foundation is now pushing the agency to stand by its original decision to remove the religious icon.

Congressman Denny Rehberg (R-Mont.) is irked and says the monument on Big Mountain near Whitefish is a war memorial and shouldn’t be singled out because it has a religious theme.

“During World War II, many American soldiers found inspiration from religions icons, including similar statues of Jesus Christ, in the war-ravaged towns and villages across Europe,” notes Rehburg. “When these brave young men returned home they wanted something to remind themselves and all Americans what kept them fighting during a time of terrible human loss and suffering.”

In 1953, veterans within the local Knights of Columbus Council No. 1328 erected the statue — which sits atop a base that is usually buried in snow during ski season. Similar statues can be found throughout the Alps.

This August, the Knights went through their annual ritual to renew the lease for another 10 years. They were startled when their request was denied by the Forest Service, according to the Christian Post:

Phil Sammon, Forest Service media coordinator for the Northern Region, told the Post that no individuals had complained about the statue to the Forest Service or to Whitefish Mountain Resort, but the permit was denied as a precaution to avoid any unforeseen litigation.

The Office of General Counsel advised the Forest Service that allowing the statue on park property could be considered a violation of the Establishment Clause of the U.S. Constitution.

“This has huge meaning for Americans. And if you aren’t religious it has huge meaning as well,” Freedom from Religion spokesperson Annie Laurie Gaylor told the Associated Press. “If skiers think that it is cute, then put it up on private property. It is not cute to have a state religious association.”

The Forestry Service is attempting to strike a neutral pose. According to the Christian Post:

“We totally appreciate and understand the local significance, the historical significance of this monument, and so we’re working as much as we can within all the authorities we have to help the Knights of Columbus go through the appeals process for the permit,” Sammon said.

He said they are also looking for places to relocate the statue to.

The Forest Service received the appeal notice on Oct. 11, and Sammon says the Knights of Columbus can expect a decision by early December at the latest.

The statue should be left alone, said Michael Shepard, Commander of the Teddy Roosevelt American Legion Post 108 in Whitefish, according to an email from Congressman Rehberg’s office: “It’s not in an arbitrary location, it’s specifically tied to this community and that mountain. This Forest Service decision is a slap in the face of the men and women who served their country and built this community.” 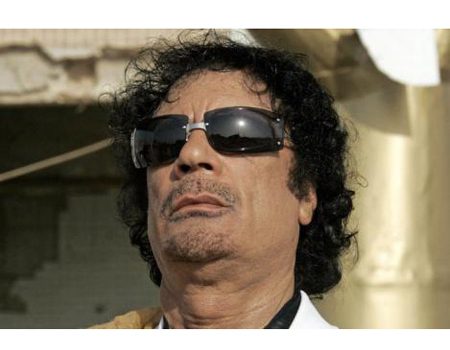 Will Libyan democracy, religious freedom flourish now that Gaddafi is gone?
archives most recent
More from Beliefnet and our partners
previous posts