If teenagers have heroes and role models who cuss, they are likely to do so, too.

That was the finding of a group of researchers just released in Pediatrics, the Official Journal of the American Academy of Pediatrics.

The team set out to investigate whether there was any substance behind centuries of mothers who have barred their children from playing with that foul-mouthed kid across the street — or blamed their sixth grader’s sudden filthy talk on a profane Little League baseball coach.

The study focused on television programs and video games, finding that swearing on either can lead adolescents to adopt the same foul language — and can manifest other behavior problems, such as belligerancy and inappropriate aggressiveness, according to the study published Monday.

“We didn’t know this before and I was really surprised because we’ve got all these ratings for television, film and video games for profanity,” said study co-author Sarah Coyne, Ph.D., an assistant professor of family life at Brigham Young University. “I think as a society we’ve gotten really lax concerning profanity,” she added. “I think it’s in part because we hear it all over the media.”

The students were asked about their favorite shows and games, including how often they watch television and play the games. They were asked how much profanity they thought they were exposed to and about their feelings about profanity. Researchers determined that exposure and their stance on profanity were significantly related.

Coyne said the statistics point to a “trickle-down effect.”

“So maybe you watch television, play video games with a lot of profanity and kind of you get more used to it,” she said. “You get more desensitized to it, you become more accepting of it, then you kind of start using it in your own life and then kind of show the lack of respect for people.”

“I think that parents should be a little bit more aware of what’s out there in the programs our kids are watching, and the video games they’re playing. They could be a little more vigilant in terms of profanity exposure.

“To our knowledge, this is the first study to examine relationships between exposure to profanity in media and attitudes and behavior regarding profanity among adolescents,” says the report itself”

Specifically, we found that self-reported exposure to profanity on television and in video games was related to more-supportive attitudes regarding profanity use. It seems that, as adolescents are exposed to profanity in their favorite media, they internalize and solidify mental scripts and schemas in support of profanity use.

In addition, the use of profanity was associated with both physical and relational aggression.

As a whole, the television industry should aspire to be more accurate with ratings concerning profanity. In addition, profanity in television is becoming more frequent, even in “family-friendly” programs. Such a trend is troubling, especially when taken in the context of our results.

Parents and policy-makers should consider the appropriateness and implications of adolescents’ exposure to profanity. 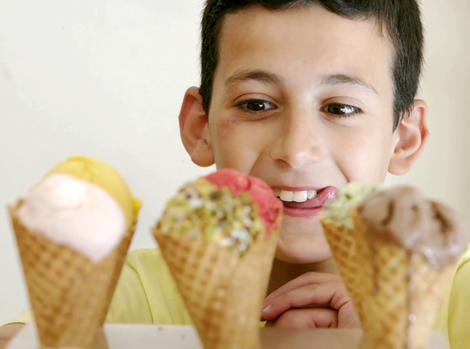