On October 11, Mohabat News, the Iranian Christian news agency announced on its website that the high court had found “defects” in Nadarkhani’s case requiring his case to be returned to a local court. However, now there is speculation that the report is one more example of Iran’s campaign of confusion surrounding the case.

The Islamic Republic of Iran has been embarrassed by worldwide condemnation of its courts’ verdict condemning a Christian pastor to death for leaving Islam years ago while a minor. Iran has signed a number of international pacts guaranteeing the right of citizens’ freedom of religion.

The Islamic republic’s official news agency has puts out several contradictory statements in the last two weeks — including that the pastor was not convicted of apostasy after all. No, said reports quoting various Iranian officials — no, he was charged with running a brothel. Or he was convicted of being an Israeli spy. Or perhaps the charge was rape.

Mohabat News is operated by exiled Iranian Christians financed in part by Voice of the Martyrs, an advocacy group founded by the late Rev. Richard Wurmbrand, a Romanian national who spent much of his life fighting for freedom of religion. Before founding Voice of the Martyrs, he was imprisoned for years by Romania’s Communist government for preaching Christianity.

Mohabat reported that the high court’s Farsi-language website had announced that “after completion and elimination of defects, the verdict will be issued again. If the accused appealed, then the case would be sent to the Supreme Court again and there the final sentence will be issued.”

Now the report has been removed from Mohabat’s website while verification is sought. Meanwhile Jay Sekulow of the American Center for Law and Justice cites a number of conflicting statements sent to various news outlets, muddling the matter in the public’s eyes.

Sekulow cites Mohammad Ali Dadkhah, Nadarkhani’s attorney, who says that his client’s case has been forwarded to Supreme Leader Khamenei for a decision — and that he knows of no such Supreme Court annulment. Dadkhah, said that the act of forwarding a judicial case to the Supreme Leader is unusual and he hopes that his client’s death sentence will be commuted in keeping with Iran’s international agreements.

As you know, we have been working on an international case involving life and death – the case of Youcef Nadarkhani – a Christian pastor in Iran who faces the death penalty because of his faith.

In recent weeks, there have been many confusing reports promoted by Iran on Pastor Youcef’s conviction and death sentence. Let’s set the record straight once and for all. ACLJ attorneys have confirmed the accuracy of this article and the following procedural history of Pastor Youcef’s case with his lawyer, Mohammad Ali Dadkhah.

Pastor Youcef Nadarkhani has been held in an Iranian Prison since 2009 on charges of apostasy, abandoning Islam. He was first tried and convicted in 2010, and sentenced to death by hanging. In November 2010, this ruling was upheld by the 1st Court of the Revolutionary Tribunal. In December 2010, Youcef’s case was referred to Supreme Court in the city of Qom, Iran. On June 12, 2011, the third chamber of the Supreme Court in Qom upheld the apostasy conviction and the death sentence. The Supreme Court stated that Pastor Youcef “has been accused of breaking Islamic Law . . . he was raised a Muslim in a Muslim home . . . [but] he denied the prophecy of Mohammad and the authority of Islam [and] has stated that he is a Christian and no longer Muslim.” While affirming the validity of apostasy mandating death, the Supreme Court provisionally returned the case to the state court of Gilan Section 11 for further investigation as to whether Pastor Youcef was a Muslim between the age of majority (15 years) and the age of his conversion (19 years). The Supreme Court said, “if it can be proved that he was a practicing Muslim as an adult and has not repented, the execution will be carried out.”

On September 25, 2011, the state court of Gilan Section 11 began four days of hearings. On the first day, a panel of five judges stated that Pastor Youcef had abandoned the faith of his ancestors and must face execution unless he repents. During the following three days of hearings, when asked to repent from his Christian faith, Pastor Youcef stated, “Repent means to return. What should I return to? To the blasphemy that I had before my faith in Christ?” The judges replied, “To the religion of your ancestors, Islam.” To which he replied, “I cannot.” The state court of Gilan Section 11 has not issued its written verdict.

What about all the conflicting and confusing reports? According to Sekulow:

Not true: Pastor Youcef is a convicted rapist, Zionist, and national security threat: ACLJ attorneys have confirmed with Mohammad Ali Dadkhah, Pastor Youcef’s lawyer, that the only charge Pastor Youcef faced is apostasy. Apostasy is the only charge mentioned in the Supreme Court’s verdict issued last June. You can view the original verdict written in Farsi here and the English translation of the verdict here. Mr. Dadkhah told media that he “only defended [Youcef] against the death sentence in the case of his charge of apostasy. The charge the court staff announced that I defended during several different court sessions was apostasy and no other charge.” Prosecutors have not brought new charges against Pastor Youcef, despite the Iranian media statements to the contrary.

Not true: International attention has not influenced Pastor Youcef’s case: International attention is keeping Pastor Youcef alive. Mr. Dadkhah has specifically requested that the ACLJ engage specific international voices, including the United Nations and Pope Benedict XVI, on behalf of Pastor Youcef. With the case before the Supreme Leader, Mr. Dadkhah said international pressure is essential now more than ever. This Wednesday, exactly two weeks after the ACLJ submitted its request for U.N. Special Rapporteur Ahmed Shaheed to intervene on Pastor Youcef’s behalf, Mr. Shaheed publicly asked before the United Nations’ General Assembly’s third committee for Iran to release Pastor Youcef. We applaud the Special Rapporteur for his report and ask for his continued involvement in Pastor Youcef’s case. We hope that Mr. Shaheed’s comments and findings will spur further action by the international community, which can no longer remain silent about Iran’s abuses. 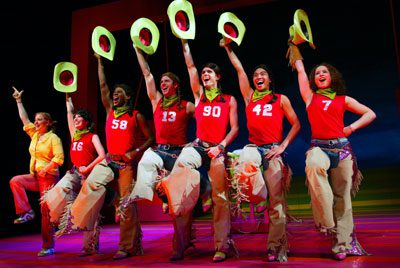