For six months, Beijing’s 1,000-member Shouwang Church has attempted to hold outdoor services after officials blocked them from taking possession of a $4 million property. Today, the church’s leaders are under house arrest. Any church member who shows up at the park designated for Sunday services is arrested.

The Chinese government only allows Christian services in state-approved churches where evangelism is forbidden, sermons are pre-approved by the Communist Party, children are barred, and pastors who succeed in boosting attendance beyond a few elderly find themselves demoted to serve under compliant pastors at remote, rural congregations.

Shouwang refused to seek state approval or would not cooperate with any of the other restritions — and thus came under the intense measures that continue. It would appear that the Chinese government has won. Not so, writes Liu Guan, an elder in the church, in a letter smuggled out of China. Here is his letter:

by Liu Guan
special to Beliefnet

Lately, the Shouwang’s outdoor service event has caused hot debate inside and outside the church, and has brought great shock to each person who is involved. I believe that it has much greater impact and influence even than the outdoor service event and the purchase of the gathering place of ShouWang in 2009. In my opinion, ultimately, this event won’t have substantial influence on one’s work, life, school, career, and ministry, but it will have substantial influence on one’s inner spiritual life. It is a real spiritual warfare, and is not a game! It is too early to comment on this event since we are still in the process, but I do have some observations to share with you.

The great switch in the trajectory of Gospel proclamation in China: the development in the dynamics of target people group in evangelization.

The issue of “subject to the governing authorities” is a pseudo-proposition in this context, since none of them is able to represent the government to show us an official legal procedure or document. Their actions are no more than a threat. We also need to know that none of them has the power and authority of deciding our lives; they are brought to us by God through this special way to hear the Gospel. Therefore, we need to argue for our standing and to point out that their illegal actions are mere threats, and we also need to equip ourselves to proclaim the Gospel and to explain our faith to them.

Believers and even some co-workers hold different attitudes and opinions on “outdoor worship service.” Some of them have mature response after communicating with us, but some do not respond it properly. As a brother who has served in church for many years, I want to show my deep concern for them, and give them necessary warnings.

In the past few years as I serve in church, I have seen people hurting each other due to different opinions, and the worst thing is that those differentiations are not controversies on truth, but are mere differences on detailed practice. It even hurts to see that in such a process, due to our weakness and limit, we often argue for ourselves and fight with each other by using a long list of “spiritual truth,” which are often mocked by outsiders. 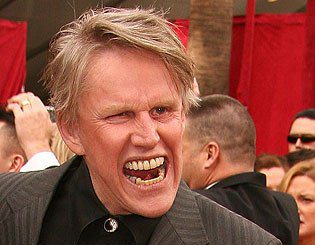