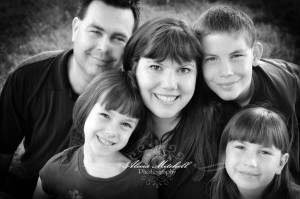 I’ve found there is no logic to how I feel in the middle of grief. I’ve received huge gifts, and–although I’m thankful for them because they assure me I don’t have to make a drastic lifestyle change at the same time that our family has been changed so drastically–I sometimes don’t have an emotional response to them. But, then, when someone offered to clean my chicken coop, I sobbed with thankfulness. I’m not sure if this is because my thinking is skewed, or if, maybe, I have a new clarity right now: a clarity that the little things really *are* the big things.

And so I’d like to share with you some of the little things…the little miracles in the midst of sorrow.

On day #4 I was, of course, still in shock. I couldn’t grasp that Joe was not coming home…yet I could worry over the ridiculous things like who was going to feed my in-laws when they arrived that afternoon? As soon as word got out, my friends started a meal train and I knew that the evening meals were covered…but what about when my house was full of guests at 1 p.m.?  I was barely allowed a moment of panic when the phone rang. “May I bring over pizzas?”

Those pizzas came with a boxed toy–a flying saucer toy that rides the air waves.  You would think a battery-operated toy was the *last* thing my house needed at that moment. But when my nephew–a NASA scientist– arrived, not only did he play with the toy…he played with my children…and he explained some scientific theory, too. And they were distracted…happy even.

Speaking of toys…maybe you know that sometimes children fixate on the oddest items? They beg for things that don’t make any sense?  My ten-year-old has desperately wanted an air mattress for an entire year now. I don’t know why. Two separate people showed up with air mattresses….

The last email I sent to Joe listed how we were going to pull off Christmas this year. I was going to save $25 here and another $50 here…and, if I was diligent, I would be able to purchase simple gifts right before the holiday. Joe and I had decided not to exchange gifts this year. But…now….I can’t tell you how many offers I’ve had to help with Christmas.

I raise pet rabbits and sometimes my rabbit colony gets over crowded. I can have as many girl rabbits as I want since they all live together in our huge kennel, but the boy rabbits fight and they each must have a separate cage. I had one boy bunny too many. What to do? When the trailer of miracle firewood arrived, a teenage girl who loves bunnies popped out of the truck cab. I asked her if she’d like a boy bunny and she said, “I would love him! But my Daddy won’t agree…”  Okay, it was a horrible thing to do but I will admit it here. I went to Daddy and simply said, “It’s socially unacceptable to say ‘no’ to a grieving widow…” Bunny problem solved.

Reading my Facebook wall was a huge comfort to me that first week. I felt wrapped in love from such a variety of friends. One evening I read a comment from a college buddy saying how he was sending love and hugs my way. During our college years, Kent and I were both friends with Colleen, so, when I read his comment, I instantly thought of what it would feel like to see both Kent and Colleen at the same time; I pictured myself sitting in a restaurant with the two of them, laughing again. Colleen lives far away and I hadn’t heard from her in ages. Less than 15 minutes after reading Kent’s post, the phone rang. It was Colleen.

I remember walking my fairy-laden wooded paths with my nephew and discussing with him where and how I would deposit Joe’s ashes. My nephew suggested I plant a tree in the same spot and that felt so “right” to me. I went up to the house and checked email. There was an email from Joe’s boss asking if she could buy me a memorial tree?

And so it goes.