My husband is gone: what is left?

When Joe and I met, he had Star Wars toys. He was only a kid….he was twenty years old! He loved those plastic pieces of childhood memory.

He outgrew the toys and instead loved to buy guns. I hated guns so we had a lot of arguments over them, but he kept them out of my sight so that I didn’t think of them…much.

Sometime within the eighteen years I was married to him, he realized–although he did like guns–he didn’t really like to shoot them 🙂 so they stopped being such a focus. Then he turned to books. He had always loved books and he took pride in his collection. At one point we dedicated an entire room to his books: bookshelves covered all four walls. Each book had pieces of paper marking the favorite pages or the place where he had lost interest, intending to return to that page later.

In 2005 we moved to South Dakota and we moved those boxes and boxes and boxes of books across six states! We only lived there for five months but during that time Joe read a life-changing book: “Clutter’s Last Stand” by Don Aslett. Something clicked for Joe as he read those pages and suddenly he didn’t want *things* to have such a focus in his life. He realized that material things were just that–material things–and they sometimes took his time and focus and energy away from the parts of his life that really mattered to him.

He gave up the “attachment to things.” 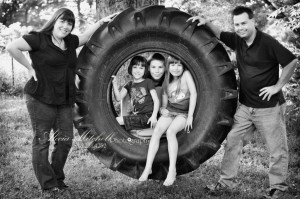 The toys and guns and books didn’t matter so much and he used his time noticing and treasuring the fleeting moments of his life. He saw the stars…the hawks…the flowers. He talked to me. He played with his children. He had time for those things because he let go of those other “things.” He inspired me and I followed suit.

And then he died….so unexpectedly. And I was left to clean up after him.

I felt thankful. I felt joyful. I loved him more than ever. As I went through his closet, his dresser, his office, his garage…do you know what I found? I found these items:

1. Useful items: I found things we can easily work in to our lives. I found flashlights…tools…pencils…

2. Meaningful items: I found a few treasured books (he had mostly transitioned to a Kindle!)…with the best parts underlined. I found cards and photos and drawings the kids and I had given to him. I found lots of little cards with his handwriting, reminding him of the important things:

“People treat us how we train them to treat us”

“Far better it is to dare mighty things, to win glorious triumphs, even though checkered by failure, than to take rank with those poor spirits who neither enjoy much nor suffer much, because they live in the gray twilight that knows not victory nor defeat.” –Theodore Roosevelt

So what is left of Joe? He was a donor so anything useful from his shell has been shared among the living. He was cremated so the rest of his shell is only dirt.  He left some clothes that Josiah and I are wearing…some books and quotes that I am reading…and some useful items that we are using.  But there are no exhausting piles of things to sort: silly things that suddenly acquire meaning only because the owner is now gone. No…Joe is not reduced to the things he owned.

So…again…what is left of Joe? Love and memories and smiles and laughter and lessons….and love….did I mention love?  The love still lingers.

What will you leave? 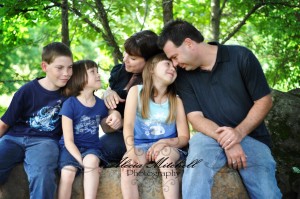