As my husband drove off for jury duty this morning, seventeen-year-old memories of my time as a juror assaulted me. I was twenty-three years old and a new school teacher. I was concerned about leaving my classroom in the care of a substitute teacher, but the judge wasn’t overly concerned about such a thing.  He also wasn’t worried that the defense lawyer was my husband’s best friend.

The actual case is foggy to me now. I remember the accused was a young man with a wife and child. I know that if he were found guilty, he would have to go to jail for two years. I also remember that during the trial I wasn’t convinced that he was guilty, and I was shocked after the case was presented, to walk in to a room of fellow jurors and find many of them thought he was. There were a few who weren’t sure. One juror, however, was an opinionated older lady whose daughter had been murdered and she had a personal reason to be suspicious. She was vocal. She was convincing. Soon there were eleven jurors assuming the man was guilty.

And then there was me.

After awhile those eleven jurors became frustrated with me and the vocal, opinionated, grandmother-type became especially irritated. I felt naive and gullible for thinking the man was innocent. There were gaps in the story. I wasn’t sure. They seemed so sure. I relented.

I remember feeling almost apologetic for my doubts.

Later that afternoon I confronted my husband’s friend at his house with the opening sentence, “You have to tell me….he was guilty, right?” My friend looked so sad. He said, “Of all the people I’ve represented, this was the first one I truly believed was innocent.”

I like to think I’d handle such a situation better now. May I never apologize for believing the best in someone. 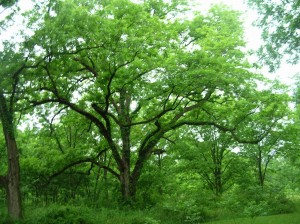