The American Stance on Israel

The Middle East countries’ policies towards Israel have been divided and can be described as either understated or mute. I caution the reader not to confuse a call for action with war or conflict – a peaceful dialogue between nations can resolve many, if not all, such issues. However, it still remains to be seen how and when a unified front of Arab leaders will address this issue using an element of justice to resolve this decades old regional conflict. With a fragmented Middle East’s blind pursuit of materialism and a lust for black gold– the finite commodity of oil so precious the world could come to a stop without its production, has instilled greed and a lack of empathy in Muslim countries such as Saudi Arabia and other Gulf nations.

The Muslims of the Middle East, with all its gold and glory, have turned a blind eye to the Palestinian cause and while protestors will take the streets, burn the flags of Israel and USA, shout rants of ‘death to Israel and America’, this is their extent of empathy with no reasonable and rational approach. A few days later, everything goes back to normal and once again, driven by their fallacies, they fall victims to greed for materialism which can only be equated to drawing water from a mirage. The Worldwide Supreme Head of the Ahmadiyya Muslim Community, Mirza Masroor Ahmad, while delivering a historic address at York University said “In short, money talks and morality is left nowhere to be seen. How on earth can peace be achieved in such an environment?”

While it is painful for our Palestinian brothers and sisters to suffer, it is the discord among Muslims and due to a lack of consensus on true Islamic teachings that we are losing our identity and voice as Muslims. The cornerstone of Islamic teachings about governance is the strict adherence to justice and equity. Saudi Arabia sets itself as a poor example of Islamic principles for other Muslim countries to follow with its harsh laws that offer no protection for people to worship freely or show any political affiliation out of free will. This Wahhabi ideology adopted by Saudis in the name of Islam has been the primary cause for home-grown extremists and terrorists and with the creation of internet and social media the ideology has sailed across continents gaining support. Slowly but surely this ideology has evolved into the Frankenstein’s monster we now know as ISIS.

Muslims must understand that governance requires equal rights for every human being, Muslim or otherwise, at the heart of which lies true justice. Only by adopting true Islamic principles and exonerating ourselves from worldly pursuits, we will conquer the hearts of people out of true love which will make us recipients of God’s pleasure. Mirza Masroor Ahmad (May Allah Be His Helper) during his lecture at York University concluded that “If we truly want peace in our time then we must act with justice. We must value equality and fairness. As the Prophet of Islam (peace be upon him) so beautifully stated: we must love for others, what we love for ourselves. We must pursue the rights of others with the same zeal and determination that we pursue our own rights. We should broaden our horizons and look at what is right for the world, rather than what is only right for us. These are the means for peace in our age.”

Israel is a country with a pluralistic government and harbors an astounding 17% Muslim demographic who freely practice their faith, build mosques and even call the Adhaan—the Muslim call to prayer. Although I, for one, stand in support of Israel and its pluralistic laws, I also stand in support of a bipartisan agreement and believe in a two-nation theory. I implore world leaders to make decisions that bring peace and harmony among nations, and removes the bigotry of hate from the hearts and minds of common people. 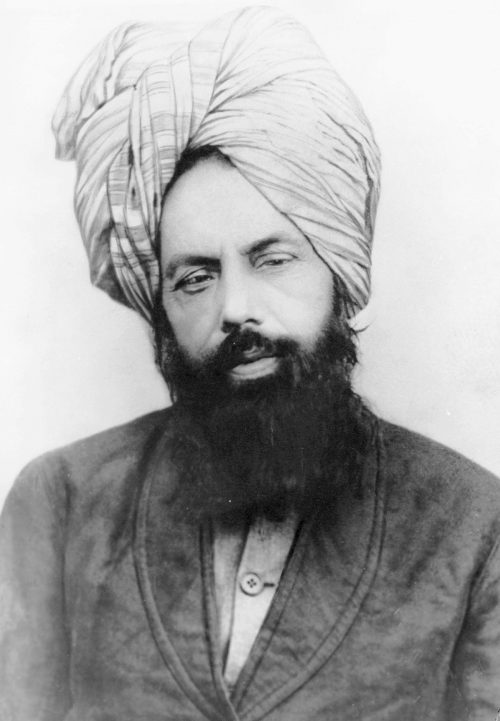