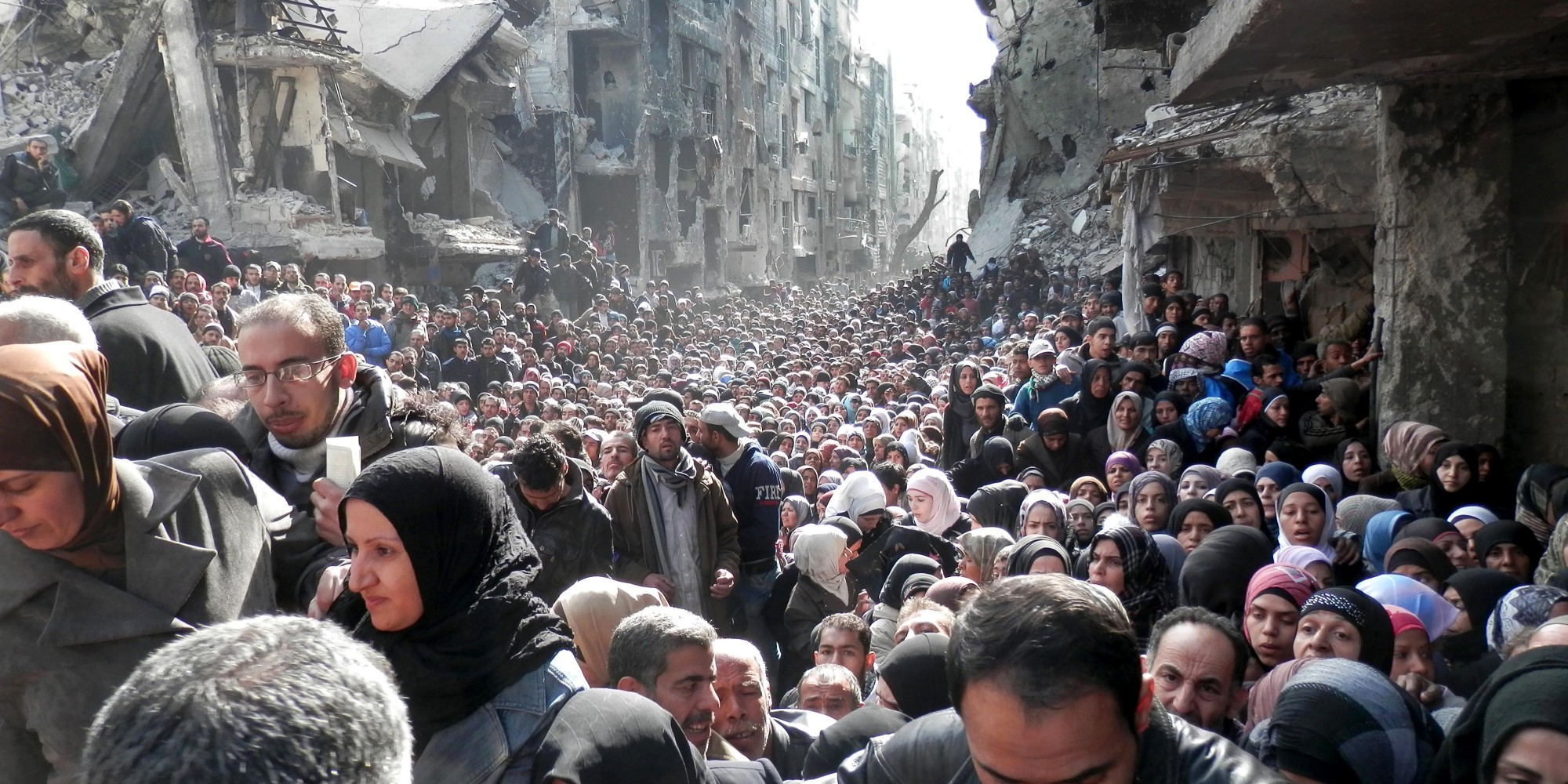 As the war in Syria continues, more and more people are being displaced from their homes. Many have no place to go and unfortunately many Americans are insistent that they not come to America. Some contend that even if only a few are terrorists, the harm they will bring will outweigh the good. Donald Trump Jr. recently tweeted an image which had written on it, “If I had a bowl of skittles and I told you just three would kill you. Would you take a handful. That is our Syrian refugee problem.”

What greatly disturbs me about all of this is that many of the people who are against Syrian refugees coming to America are Christian. They fail to understand three important aspects of the Syrian crisis that, as Christians, they should have no problem comprehending.

Firstly, if historical precedent means anything, Donald Trump Jr’s bowl will need 784,000 skittles. According to the Migration Policy Institute — a nonpartisan, Washington, D.C.-based think tank — between Sept. 11, 2001 and October 2015, approximately 784,000 refugees came to the U.S.. Of those 784,000, a grand total of three refugees were arrested for “planning terrorist activities,” according to the MPI, which added this disclaimer in its report: “It is worth noting two were not planning an attack in the United States and the plans of the third were barely credible.” Mic Network US calculated this to mean that only 0.00038% of refugees who resettled here over a 15-year period were involved in terrorist activities.

Secondly, even if three out of every one hundred Syrian refugees would be a terrorist in an impossible hypothetical, what about the other 97? According to the Syrian Observatory for Human Rights, up to 422,000 Syrians have died in the civil war. Hundreds of refugees have died trying to reach safety. Do we want these other 97 to share the same fate? Do we want this blood on our hands? Or do we want to turn the other cheek knowing that it is quite likely that nothing will happen to either of our cheeks.
Lastly, Americans need to understand that not all Syrians are Muslims and that ten percent of the country was Christian according to the International Religious Freedom Report conducted in 2006 by the Bureau of Democracy, Human Rights and Labor.  Are Christians in America going to turn a blind eye to these refugees? If Americans are really convinced of the absurd idea that Muslim refugees are more likely to harm Americans than Christian ones, why don’t they just enact legislation at least allowing Christian refugees to come? Many will allege that Muslims will lie about their religion in order to come to the United States. Okay, sure but then what about the real Christians who are prevented from coming? Even if three of the 100 “skittles” will kill Americans, 10 of 100 Christian “skittles” that are prevented from coming to America might die in in the ocean waiting for a country to take them in. Are people who are born in America really worth more than other people? If so, how many American lives are equal to human beings who were born outside of this fortunate nation? Is this really Christianity?
No, it isn’t. Christians in a faraway land faced a similar Muslim refugee crisis many years ago and what they did may surprise some. When the founder of Islam and his followers were being persecuted in Arabia by polytheists, many of them went to the Christian Kingdom of Ethiopia(Abyssinia) as refugees. These refugees were treated fairly and together the Ethiopians and the refugees lived in a prosperous society. Many returned to Arabia once peace returned and while they were in Ethiopia, some established successful businesses. Syrians have been coming to North America for many years now. Steve Jobs’ father was a Syrian immigrant. Many of the refugees that have arrived in America since the Syrian crisis have included highly educated people such as doctors and engineers. America has a great shortage of people in these fields. Syrian refugees will help make America greater than what it already is. This is the tradition and surely, this will remain the American tradition.
read next post

The True Caliph of Islam Calling the World to Peace, Love, and Respect
archives most recent
More from Beliefnet and our partners
previous posts