Have We Forgotten History?

First we, as a nation, condemned entire races and ethnicities of people. Now are we going to graduate to condemning an entire religion? Have you forgotten about the Puritans who took pilgrimage upon my country’s shores at Plymouth Rock?

I am, of course, talking about Islam which literally means peace, a faith which God Himself said was for all of mankind, which includes blacks, whites, latinos, east asians, central asians, and middle easterners. Keep in mind, a condemnation of Islam is a condemnation of the belief of 1.6 billion people!

Another person in modern western history scapegoated an entire faith. His name was Hitler! How many millions of our Jewish brothers and sisters not only were murdered, but endured unspeakable torture under his regime. It’s also shameful that Jews became a hated group here at home in the states during WWII when they were suffering and being murdered in the millions in Europe. We had to read Anne Frank’s diary in school at Gilman. Is this no longer required reading?

Why does it go unpublicized that the U.S. National Counterterrorism Center—a government organization—stated in 2011 that “between 82 and 97 percent of terrorism-related fatalities” were committed against Muslims?

Following the election of Donald Trump to the office of POTUS, there has been a rise in harassment and hate crimes against Muslims and other minorities. A picture was recently on Telegram of a pickup truck with the words “Muslims Go Home And Take Obama With You”. Accounts such as that of a Muslim woman being threatened to be set on fire unless she removed her hijab at the University of Michigan are plain disgusting. It is sad that my fellow citizen’s are demanding that women abandon their own desire towards modesty and decency. However let it be known that women who follow True Islam (trueislam.com) are those who fearlessly hold onto modesty throw indecency into the sea and do not care for the consequences. My dear sisters! Know that Islam gave you the same rights 1400 years ago that you rightfully received in my home, i.e. the USA, and in other Western countries only around 100 years ago.

Do some unbiased research. Don’t believe the hype! I suggest alislam.org. The True Islam of my master, the Holy Prophet Muhammad (may peace and blessings of God be upon him) condemned the backwards, extremist, anti-Islamic views spread and espoused by the Mullahs, the Sheikhs, and the “Maulvis”.

I condemn any and all harassment and encourage everyone to unite in working towards making our country safe for all its citizens and residents. Many have expressed a desire and willingness to stand with communitie 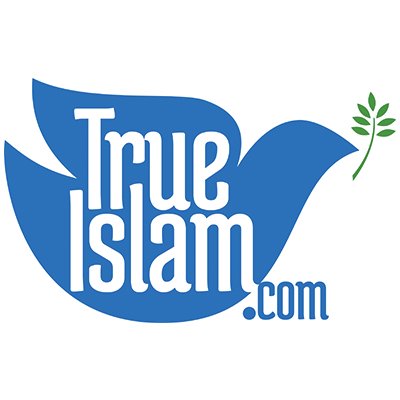 s being marginalized and wish to know how they can help. This is embodied in the #MuslimAlly twitter hashtag. My dear ones, keep in mind though that we do not place our trust in or rely on people. Rather we trust in and rely on God Almighty. The way I see it, this is a great opportunity for you to do the right thing and win God’s favor. As a member of the Ahmadiyya Muslim Youth Association, I believe that the best cure for bigotry and religious intolerance stemming from ignorance is first prayers, then education and understanding.

I encourage everyone to visit TrueIslam.com so that they may learn Islam’s stance refuting common allegations leveled against Islam and thus be better empowered to fight the hatred and misinformation that feed off of each other.”