Trump and the Truth: Feelings are not Facts

President Trump does not appear to have the ability to distinguish between fact and fiction, or he just doesn’t care to. For him, truth is whatever he says it is. The New York Times recently published a sobering piece on the falsehoods promulgated in his first week in office.

Trump might be an extreme and very public example of a process that we are all vulnerable to. It’s called emotional reasoning. The “logic” of emotional reasoning goes like this: If I feel something strongly enough, it must be true.

For Trump, he felt the energy of the crowds at the inauguration and he believes he is important, historic, and popular and these feelings conspire to become a belief that he had larger crowds than President Obama. The photographic evidence that contradicts this belief is irrelevant because feelings prevail.

Yet, simply because it “feels” true, doesn’t mean that it is true. In the world of post-truth, false news, and alternative facts the formula feeling=true may be more acceptable but no less dangerous.

Likewise, in the Times piece he says that lots of other people “feel” the same way he does about losing the popular vote due to illegal immigrant voting. Again, no evidence other than his feelings exists to support this claim.

In psychology, emotional reasoning is a cognitive distortion–a glitch in the mind’s operating system that biases reality. They are almost always implicated in  anxiety, depression, or other mental afflictions, but here in the body politic, it is being used as a tool for influence.

This doesn’t explain all of Trump’s falsehoods. He might not be subject to emotional reasoning at all since he could just be lying but I don’t want to speculate on his motives.

Trump, his followers, and the public at large do not seem to understand that opinions are not facts, which is not all that surprising, if still dismaying. This country suffers from scientific illiteracy, poor critical thinking skills, and a lack of epistemological development–the capacity to, among other things, distinguish between facts and fiction. The education system teaches students what to think and not how to think

I wonder if mindfulness can help? We can think of mindfulness as integral to the personal quest for truth. That is, by practicing mindfulness we seek to cut through the distortions of the mind to have a more accurate picture of reality, one not as tainted by the biases of the mind.

But the utility of mindfulness is a hopeful conceit on my part. I’d bet money that Trump will never practice it and his supporters are not the mindfulness demographic. Instead, I’ll continue to use my own mindfulness practice to help to cope with whatever is happening (and you can too!).

Of course, uncertainty is always the case. The new administration ratchets up the uncertainty–they don’t create it. 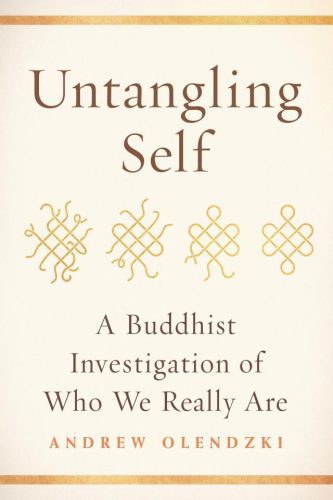 10 Billion Moments: How Much Mindfulness?
archives most recent
More from Beliefnet and our partners
previous posts