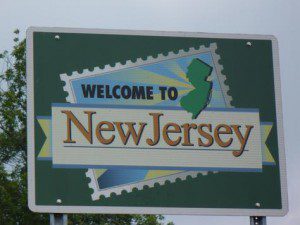 People love to hate New Jersey. In Vermont, we have bumper stickers that say “Don’t Jersey Vermont.” I did most of my growing up in the Garden State and recently spent some time there. It is a place of contradictions to be certain.

Where I was, there is high population density and a culture oriented around consumption. I had the opportunity to go to Costco. Now to be fair, you can find Costco anywhere, even here in Vermont. But this Costco, was enormous, much bigger than the one we have here in Vermont. It was a vast expanse of opportunity to have things, including free samples of food as you walk through the store.

I have not been a member of Costco for two reasons. The first is that for most things, you can only buy them in large quantity and second selection is severely curtailed. You can get what they display. If you are lucky, you like the particular variation they are offering. For some things like nuts, there is no name brand at play–just large quanitieis. Brian Wansink’s reserach has demonstrated that larger containers of food lead to bigger portions and calories intake. But the lure of the bargain seems to be what motivates people in Costco. It’s not hard to see why there is an obesity epidemic growing in this country.

As I roamed bewildered by the sheer amount of stuff, I practiced noticing the arising of desire and the cessation of that same desire. I walked the entire store without buying anything. How unAmerican of me!

Greed and desire; having and not having. Why do we want so much stuff?

I also had the opportunity to go to an gigantic Wegmans supermarket–the biggest selection of food I’ve ever seen in a super market. It blew my mind. It was crowded on a Monday afternoon–the leisure class getting their grocers (the parking was full of Benz’s) and not a smile to be had in the vast expanse of calories. Miles of prepared foods, produce, cheeses, groceries. It was overwhelming. I wanted to pitch a tent there so I could start eating–everything! I am safe from Wegman’s. There is nothing appoaching that monolith here in cozy Vermont.

Ironically, as soon as I started writing this entry, someone offered me a Costco membership. Should I take it? It’s free? I accepted the offer and I will have to be mindful as I roam the spacious isles to be vigilant with desire and to only buy what makes sense to buy. When I come home with the huge packages, it would behoove me to separate it into smaller quantities because I will eat less that way.

What is more unfathomable than the incredible quantities (and high quality) of available food was the apparent taken-for-grantedness of it all. I saw no sense of wonder, no one genuflecting at the abundance. This is a shame. We are so fortunate to have so much. There was enough food in that Costco and Wegmens to feed a small nation.

The next time you gather food at a supermarket, see if you can bring a sense of gratitude, wonder, and awe to the bounty that is available to you. Eat what you acquire with mindfulness. Enjoy.