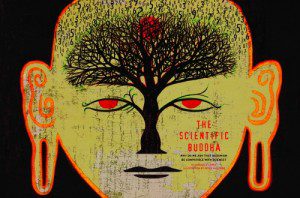 I recently read the cover articles on the relationship between Buddhism and Science in the penultimate issue of Tricycle Magazine. I was moved to write a letter to the editor. Much to my surprise and delight, they published my letter as the lead letter in the current issue. You can read the full text here. To read the full text of the Tricycle articles, subscribe to Tricycle.

I recall reading the Dalai Lama’s science memoir, The Universe in a Single Atom. He has enjoyed a lifelong interest in science. In 2005, a controversy ensued when he was invited to give the keynote address to the annual Neuroscience conference. Why? Because he was a religious leader and presumably had no business addressing an august scientific body. A petition against his talk was signed by 800 of the 14,000 participants (many of which were Chinese Americans). His talk went forth and he said:

“By invoking fundamental ethical principles, I am not advocating a fusion of religious ethics and scientific inquiry. Rather, I am speaking of what I call ‘secular ethics’ that embrace the key ethical principles, such as compassion, tolerance, a sense of caring, consideration of others, and the responsible use of knowledge and power — principles that transcend the barriers between religious believers and nonbelievers, and followers of this religion or that religion,”

“What relation could there be between Buddhism, an ancient Indian philosophical and spiritual tradition, and modern science?” His Holiness asked. There is a commonality in the Buddha’s and the scientist’s approach. Both seek experience. For the Buddha, this experience was internal and testable, while not directly measurable. For science, the findings can be internal and external and are measured.

While the Dalia Lama is a religious leader, his understanding of science distinguishes him from just about every other religious leader on the planet. In The Universe in a Single Atom, he says:

“If scientific analysis were conclusively to demonstrate certain claims in Buddhism to be false, then we must accept the findings of science and abandon those claims.”

Can you imagine the Pope making such a statement? An Evangelical Christian Leader? An Imam? A Rabbi?

Professor Richard Gombrich in the book, What the Buddha Thought, states:

“I certainly do not intend to claim that the Buddha anticipated all the discoveries of modern psychology … Nevertheless the similarity between some of his ideas and the picture painted by modern cognitive psychology is striking. Nowadays perception is regarded as an activity, a kind of doing. Moreover ‘Perception is inherently selective,’ which means that it cannot be dissociated from volition. Both of these propositions would have the Buddha’s complete assent.”

There is a compatibility with the Buddha’s approach and science and this relationship will continue to be fruitful. As science maps out human consciousness and the effects of mindfulness meditation, we can continue to explore our inner experience with interest, curiosity, and fascination.