Why Did Jesus Have to Die? The Roman Perspective, Part 2

In my last post I began to examine the Roman practice of crucifixion, arguing that if we want to understand why a Roman governor had Jesus crucified, we should first understand why Rome used crucifixion in general. What we discovered was that crucifixion, in addition to being an extremely horrific punishment of criminals, was thought to be an effective deterrent against sedition. “Watch someone get crucified for challenging our authority,” the Romans believed, “and you’ll be unlikely to challenge our authority yourself.” If you’ve seen The Passion of the Christ, you can certainly understand Roman logic here. Crucifixion was cruel beyond cruel.

Roman Crucifixion Among the Jews

Even the threat of crucifixion didn’t completely squelch attempts to overthrow Roman rule, however, least of all among the Jews. Shortly after the death of Herod the Great in 4 B.C., thousands of Jews sought to toss the Romans out of Judea. Of course the Romans didn’t take kindly to this, sending an army to squash the rebellion. When the rebels fled into the country, the Roman general Varus pursued them. The first-century Jewish historian Josephus describes what happened next:

Upon this, Varus sent a part of his army into the country, to seek out those that had been the authors of the revolt; and when they were discovered, he punished some of them that were most guilty, and some he dismissed: now the number of those that were crucified on this account were two thousand. (Antiquities 17.10.10)

Two thousand rebels crucified at one time! Now that would surely give restless Jews second thoughts before challenging Roman tyranny again. (Photo: The Arch of Titus in Rome, which celebrates the Roman victory over the Jews in A.D. 70.) 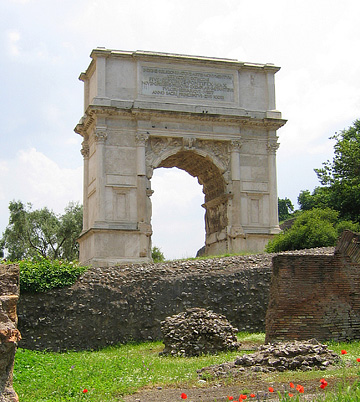 Seven decades later, thousands upon thousands of Jews revolted against Roman rule. For a short time they appeared to have prevailed. But, once again, Rome sent a superior military force to Judea. Soon the Jews were trapped in Jerusalem, surrounded by the Roman army besieging the city. Recognizing their hopeless condition, some Jews actually tried to escape, but to no avail. According to Josephus, when they were caught, “they were first whipped, and then tormented with all sorts of tortures before they died, and were then crucified before the wall of the city” (Jewish War, 5.11.1). This happened to at least 500 people daily, according to Josephus. So disgusting was the mass torture of Jewish prisoners that even the Roman General Titus felt pity on them. But he let the brutality continue. Why? Josephus explains: “The main reason why he did not forbid that cruelty was this, that he hoped the Jews might perhaps yield at that sight, out of fear lest they might themselves afterwards be liable to the same cruel treatment” (Jewish War, 5.11.1).

To conclude what we have learned about Romans and crucifixion, Rome reserved crucifixion for the worst of criminals, especially for those who stirred up rebellion against the state. Because the point of crucifixion, beyond punishment, was deterrence, crosses were placed in public places so people would learn to fear the wrath of Rome. When Jews challenged Roman authority, they, like others rebels against Rome, were crucified if caught.

But is this relevant of the case of Jesus? Did Jesus challenge Roman authority such that Pontius Pilate, the Roman governor of Judea in the time of Jesus, believed he must be crucified? Does what we have learned about Roman crucifixion help to explain Jesus’ own death? To these questions I’ll turn in my next post.

read next post
Sunday Inspiration from The High Calling: God Knows Everything You Long For
archives most recent
More from Beliefnet and our partners
previous posts