An op-ed piece in the New York Times alerted me to a new iPhone/iPad app. In “Forgive Me, Father, for I Have Linked,” Maureen Dowd describes one of the newest and most popular apps. It’s called Confession: A Roman Catholic App.

This is no joke. It’s an app that guides one through a process of self-examination that leads to confession and then a suggestion of divine forgiveness. I say “suggestion” because the app does not offer absolution. That’s something only a priest can provide, if you’re a Roman Catholic.

1. The app asks me to create a user identity, including my name, sex, vocation (marital status), and date of birth.

2. Once I have identified myself, the app leads me through an Examination of Conscience based on the Ten Commandments. Under each commandment, questions are asked, such as: “Do I not give God time every day in prayer?” (Commandment #1) and “Have I not respected all members of the opposite sex, or have I thought of other people as objects?” (Commandment #6). As I work through the examination questions, I can check the ones that apply to me. (The photo to the right shows the examination associated with the 8th Commandment. It includes questions like: “Have I gossiped?” and “Am I critical, negative or uncharitable in my thoughts of others?”)

3. Once I have finished the examination, then it’s time for confession. The sins I identified during the examination are listed so that I might confess them specifically.

4. Then I am guided through an “Act of Contrition,” a pray in which I acknowledge my sins and express my sorrow for them.

5. Next is the place where a priest would offer absolution. Thus the app is not a replacement for actually going to confession, if you’re Catholic. It is simply a guide to help you confess more specifically.

6. Finally, the app offers a brief word of encouragement from Scripture or one of the great saints of the church. For example, there is a quotation from St. Augustine that reads: “The confession of evil works is the first beginning of good works.”

So, you might wonder, what do I think of this app?

Since I am not Roman Catholic, the language and understanding of confession is not quite the same as my own. I do not believe, for example, that one must receive absolution or forgiveness from a priest. But, my Reformed tradition affirms the importance of examining one’s conscience as part of confession of sin. In fact, we use the Ten Commandments as a guide for our examination and confession. So, in many ways, this app would be useful to someone who was not Catholic.

I must admit that when I first read about the confession app, I rolled my eyes. I can get very cynical about the trendy use of technology for spiritual purposes. Yet, when I actually paid for the app and worked through a round of confession guided by the app, I was chastened. It did encourage me to think about some of my sinful behaviors and attitudes that I might easily overlook. There was nothing cute or even especially trendy about the confession app, other than the fact that it runs on an iPad or iPhone.

It appears that the confession app is meant to get Roman Catholic Christians to church, specifically, to confession to a priest. Though I do not believe that this form of confession should be required of Christians, I do think that confession of sin to another Christian can be a very good thing. In fact, it’s something commended to all Christians in Scripture (James 5:13-16). This is, it seems to me, one of the most often disobeyed commands in the whole Bible. So, if the confession app helps some Christians examine their lives and confess their sins, either to the Lord alone or to another in God’s presence, then I can see benefit of this app. The fact that it shows up on an iPad or iPhone doesn’t make it any more or less valuable than other printed guides to confession, except that it is convenient to have it in one’s digital carry-everywhere device.

Moreover, I appreciate the attempt by those who envisioned and designed the confession app to use technology to help people grow in their relationship with God. I believe we need more efforts like this, even as I believe that we need to be renewed in our commitment to physical fellowship with other believers, including confession of sins. In some ways, the need for the confession app stands as an indictment of the lack of deep fellowship among Christians today.

I’m sure that many Christians will enjoy making fun of this app. Okay, fine. I can relate. That’s where I began, too. But here are some questions for such jokesters to consider: Do you regularly confess your sins in any specific way? Do you ever take time for a searching moral inventory as you confess? Have you ever let the Ten Commandments guide you in your personal confession? Do you ever obey the imperative of James 5 and confess your sins to another person? If you answered “No” to any or all of these questions, perhaps you might think twice before laughing at the well-intentioned effort of some folks to encourage the kind of confession that Scripture commends and that our souls need. 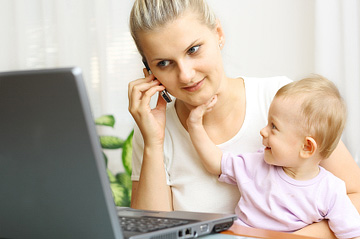 Is Digital Technology Making Life Better . . . or Worse?
archives most recent
More from Beliefnet and our partners
previous posts